Nothing represents hope and optimism like the New Year’s Baby – in my case, my first and only grandchild Nora, born in August 2014! It’s been a great pleasure to bring you stories about Canadians at home and overseas during the Second World War. 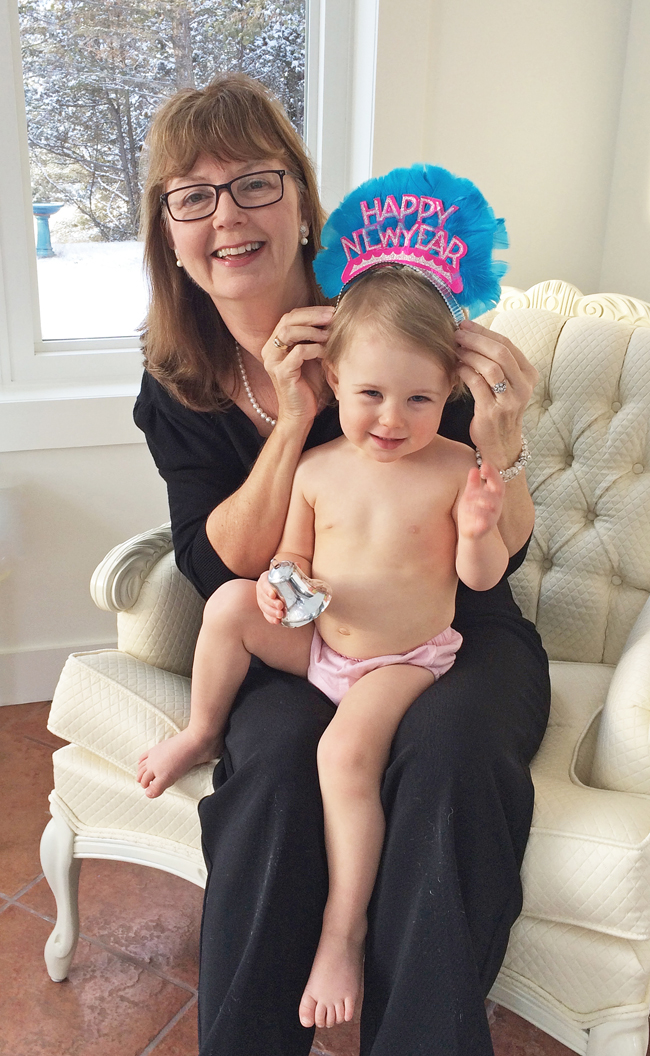 I launched this blog (such a dreadful word — I prefer to think of it as an online column) in October 2013, to share some of the research I uncovered while writing my historical novel.

Since then, Wartime Wednesdays has taken on a life of its own.

(Note: I wrote Wartime Wednesdays for more than five years and concluded in December 2018. All my previous stories are available on this website. I have carried on blogging each month with a new, more personal theme under the title Letters From Windermere. You are welcome to subscribe on the top right side of this page!)

One of the most interesting aspects of writing this column has been making new friends around the world — from an architect in Alabama, to a fellow historian in northern England, to an aviation author in Edmonton, to a cranberry salesman in Toronto – I love to open my emails, and I’ve enjoyed corresponding with all of you.

Here are a few of my most common questions.

How long did it take you to write Bird’s Eye View?

I worked on it for short, intense bursts of time over a ten-year period – between raising my children and writing articles for Reader’s Digest. Then I put it away in a shoebox for several years. It wasn’t until 2010 that I dug out my old manuscript and revised it, and sent it to Dundurn Press in Toronto — the largest Canadian-owned publisher, and one with a special interest in history. Imagine my joy when the novel was accepted!

Who is the woman on the cover of Bird’s Eye View?

She is an unknown model, chosen for her compelling eyes. I worked with a graphic designer to create the cover, aimed at appealing to both male and female readers. This was quite a challenge! My designer included the woman’s face to appeal to women, and the iconic Lancaster bomber to draw the men. I love the way she is looking west towards Canada, and the bomber is flying east towards Germany. The background is a genuine wartime aerial photograph showing roads and bomb craters.

What has been the response from readers?

I’m delighted with the response. I must share with you this email I received just from a complete stranger, an American who borrowed the book from her public library.

It’s just past 2:30 AM in Denver where I live, and I just finished Bird’s Eye View. What a WONDERFUL book!! I could not put it down. It’s eloquent, fascinating, touching, heart-wrenching, educational . . . and on and on and on!! I absolutely loved it. Thank you so much for this treasure and I can’t wait to read any future books you may write!

Will you turn Wartime Wednesdays into a printed book?

(I did create a book from my blog posts in 2016. For more info, click: My Favourite Veterans: True Stories From World War Two’s Hometown Heroes.)

Are you working on another novel?

I’m delving into another aspect of our proud Canadian history – the tribulations of pioneer life.

(Note: My pioneer novel was published in 2018. Read more about it here: Wildwood).

I chose this Star Weekly illustration because it demonstrates how sad and discouraged people were back on December 31, 1943. Even the New Year’s baby looks very disgruntled. This bloody, terrible war had already dragged on for four years, and there was STILL no end in sight. We are so fortunate to live in a time of peace — made possible only by the sacrifices of the previous generation. I pray that this peace will continue throughout my granddaughter Nora’s life. Happy New Year, and all the best to you in 2015!

To see my collection of covers, click: Star Weekly at War. 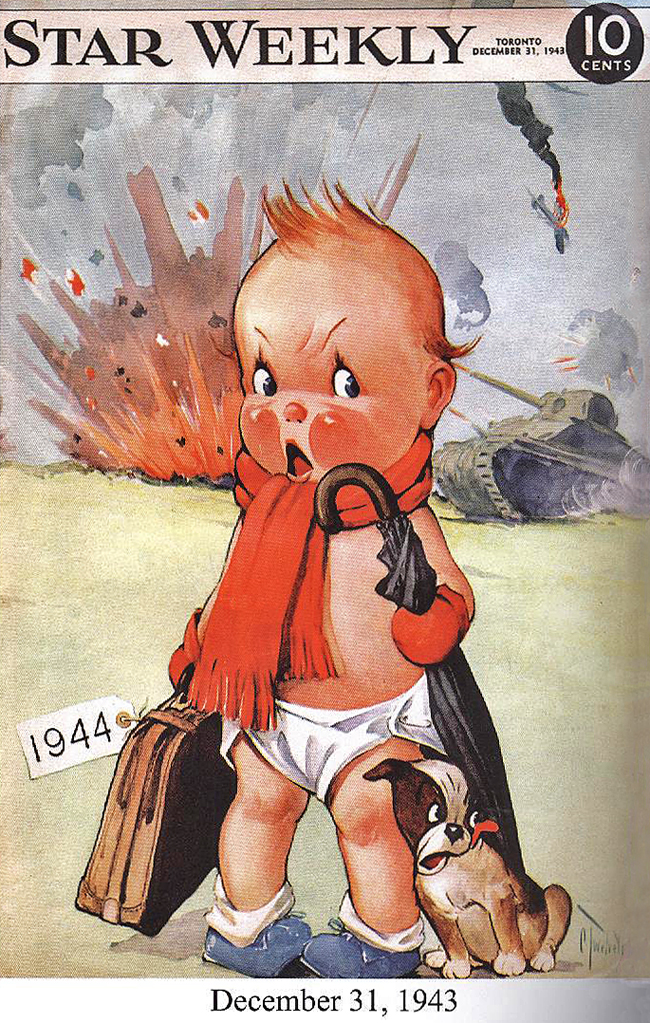