What are your top ten trips? My granddaughter Nora, shown here in a canola field at the Florence Family Farm in Saskatchewan, shows how I feel about travelling again! After restrictions are eased, there are ten places I dearly want to visit. 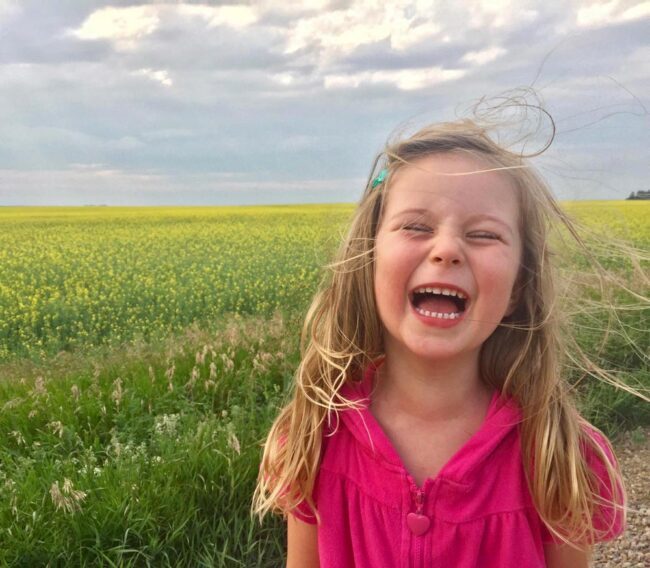 There appear to be two schools of thought about Life After Covid. One is that due to pent-up demand, people will travel like never before. The other is that many of us are still nervous about variants, and will linger at home until the situation is (hopefully) resolved. And of course, many of us have rediscovered the pleasures of their own newly tidied and renovated homes!

I fall into both camps. I do appreciate my own home more than ever, which has undergone some drastic cleaning. When I travel again, I will continue to wear a mask and keep my distance from others. And yet, I’m missing the excitement of visiting other places. It was difficult to narrow down my choices, but for now, here are my top ten travel destinations.

I have already been here once! As soon as we were safely vaccinated and the travel advisory ended, we headed to our second home in Qualicum Beach on Vancouver Island. Accompanying me were my daughter Katie and her three children, ages seven, five and three. It was fun to travel with them, because they do not remember life outside of our little town before covid. When we told three-year-old Jack that we were taking a big boat to an island, he asked: “Will there be other people on the boat?” He could not imagine a boat big enough to carry vehicles, let alone hundreds of people!

To see photos of our bungalow, named for a single palm tree in the back yard, click here: Palm Tree Cottage. 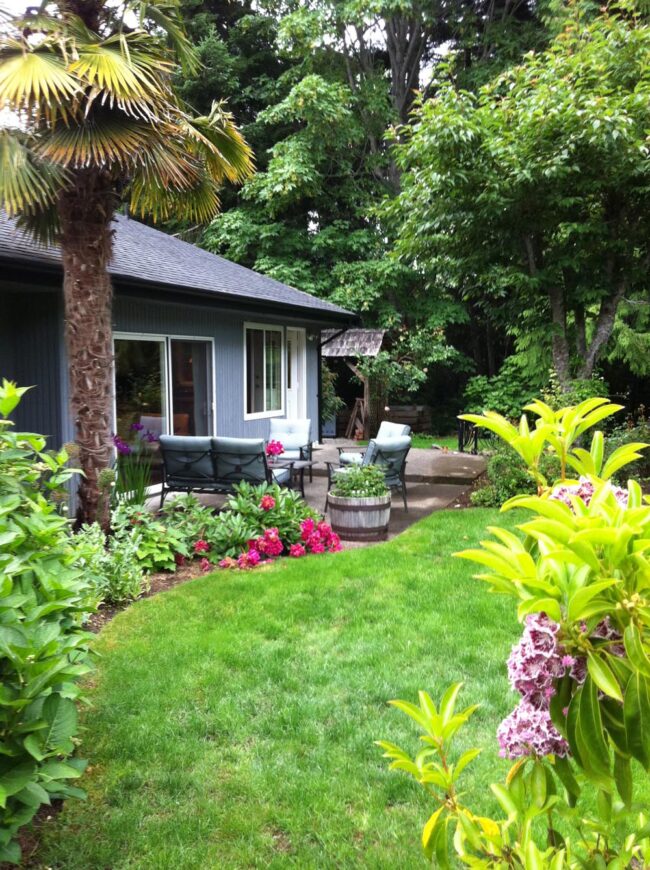 This will be my very next trip — the farm where I grew up, fifteen kilometres east of North Battleford, Saskatchewan. It is now owned by my brother Rob, his wife Wendy, and their son Drew. I’m excited about visiting my family, staking out my favourite childhood haunts, and seeing for the first time the quarter-section of land that I purchased last December, making me a bona fide Saskatchewan landowner!

I have written about the farm, a former air training base, a couple of times. Here’s the very first post I ever wrote, back in 2013: Growing Up With Air Force Ghosts.

In 2018, I posted photos of the old farmhouse here: My Farmhouse Kitchen.

Here are Rob, Wendy and me outstanding in our field. 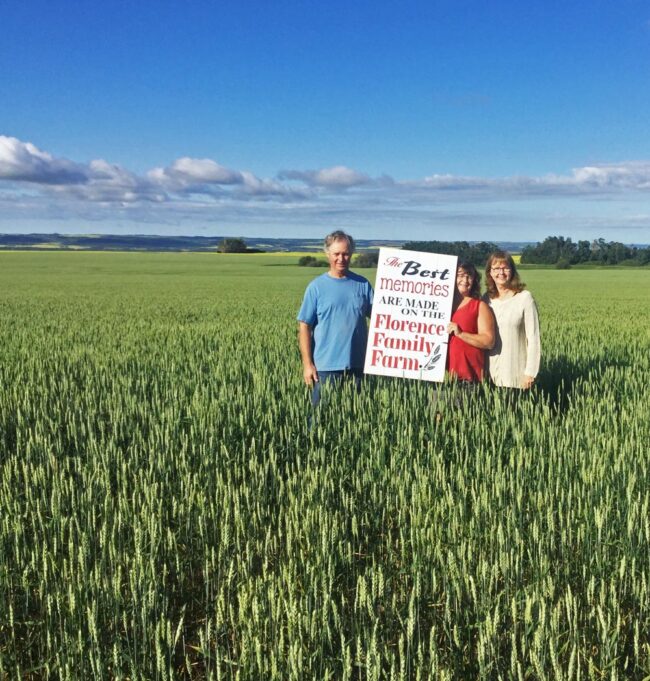 My mother-in-law has spent her entire ninety-three years in Berlin, Germany. Since her son Heinz (my husband) immigrated to Canada way back in 1974, there have been annual visits back and forth between the two families. So it was difficult not to see our dear Oma, who was locked down in her senior facility.

When Germany allows foreign travellers, visiting her is a priority. My mother-in-law has always been a great inspiration to me, not only as a mother and grandmother, but also as a wartime survivor. I wrote her life story, which included her horrific memories of being bombed by the Allies during the Second World War, in a previous blog post here: The Bombing of Berlin.

This is a photograph of the iconic Brandenburg Gate in central Berlin. 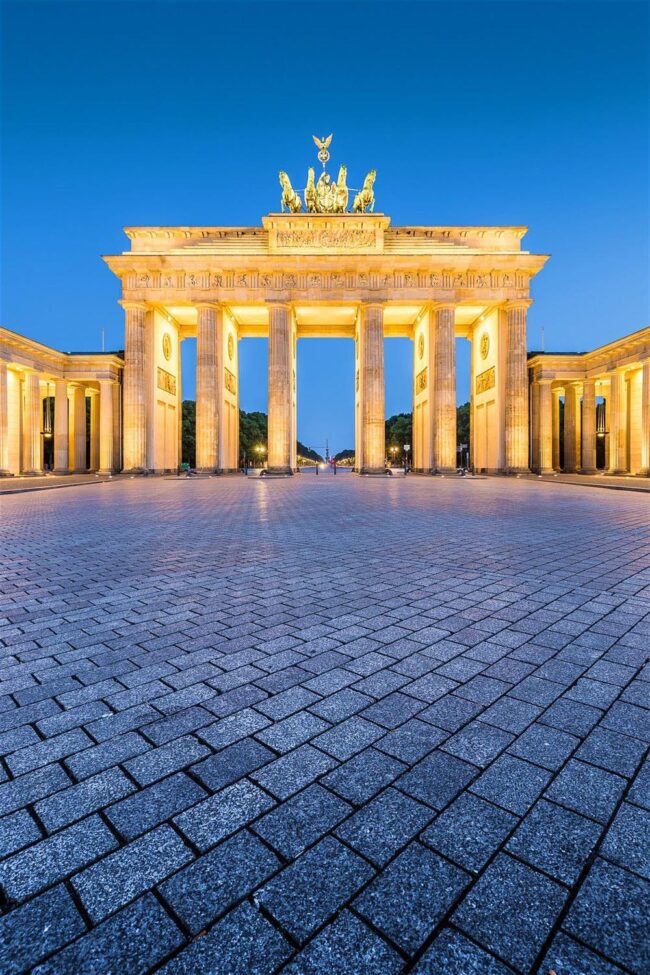 Once we are allowed to cross the U.S. border, our first visit will be to the lovely Historic Davenport Hotel in Spokane, Washington. This charming city is just a five-hour drive away from our home in southeastern British Columbia. I am nuts about old buildings, and this beautifully-restored hotel never disappoints. It’s right downtown, just a short walk from a lovely riverfront park complete with waterfall. I posted photos of a previous visit here: Davenport Hotel. 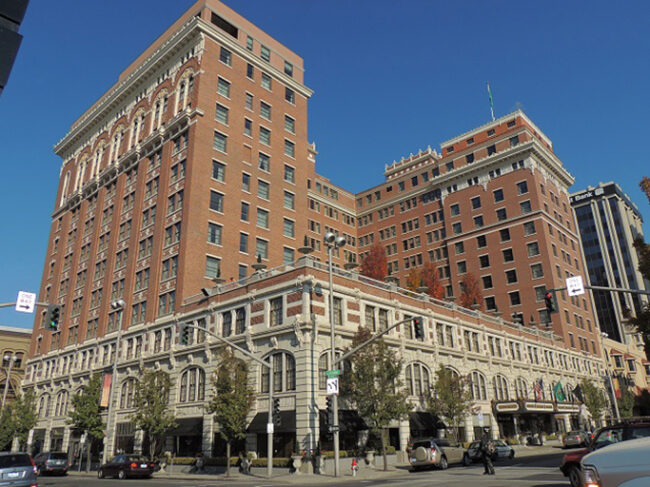 We stumbled upon Sonoma, California during a driving trip down the West Coast, and ended up returning numerous times. It isn’t the wineries that appeal so much as the sun-drenched climate, the rural landscape with beautiful vineyards, and the pretty towns with their shops and restaurants. This is a foodie’s paradise and we have eaten some wonderful meals in northern California.

Did you know Jack London owned a ranch there he named Beauty Ranch, now open to the public? I love visiting the homes of authors. Here’s a shot of his study, with the typewriter where he hammered out such classics as The Call of the Wild. 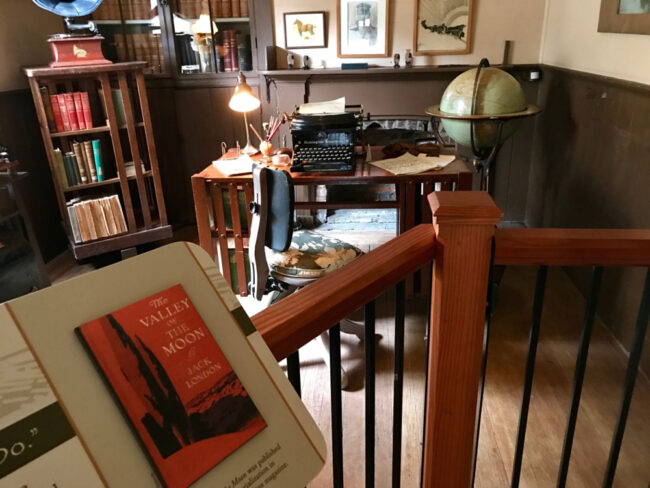 This was a destination that we avoided for many years. Too touristy, we thought. When we finally travelled there with friends in 2015 our eyes were opened! Yes, Florence was crowded but nevertheless enchanting in every other way. And once we rented a car and moved to the countryside, we absolutely fell in love with the place. It felt like we had travelled back in time to a simpler, more rural lifestyle. Tuscany features rolling farmland interspersed with ancient walled stone towns perched on the tops of hills (so the residents could see their enemies approaching.) Our home base was this delightful village called Pienza. 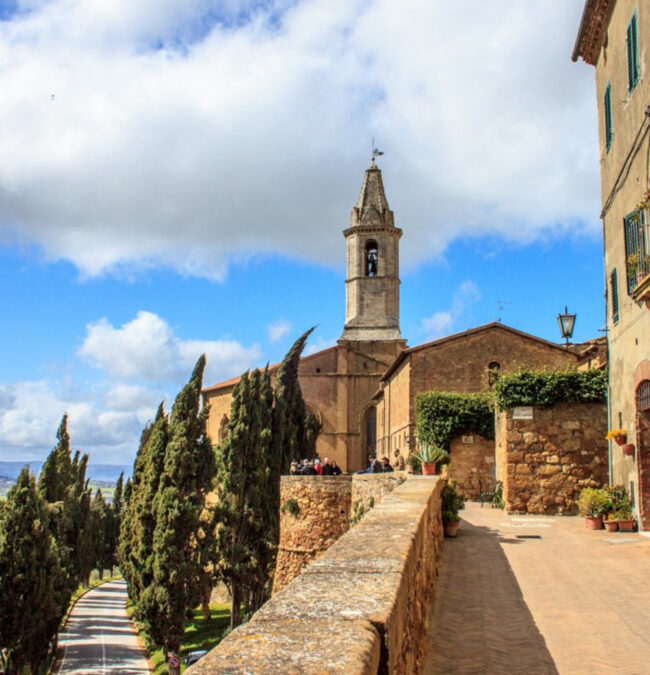 There’s something wonderful about walking down the street in Vienna and seeing handsome men and women dressed in traditional Austrian loden jackets and dirndl skirts. The museums and architecture are stunning. Coffee houses are everywhere, often featuring a pianist or a violinist playing classical music. This is the city of Beethoven and Mozart, after all. Below is a photo of Cafe Central — apparently even Sigmund Freud used to hang out here. There are many reasons why Vienna is listed as the city with the highest quality of life in the world! 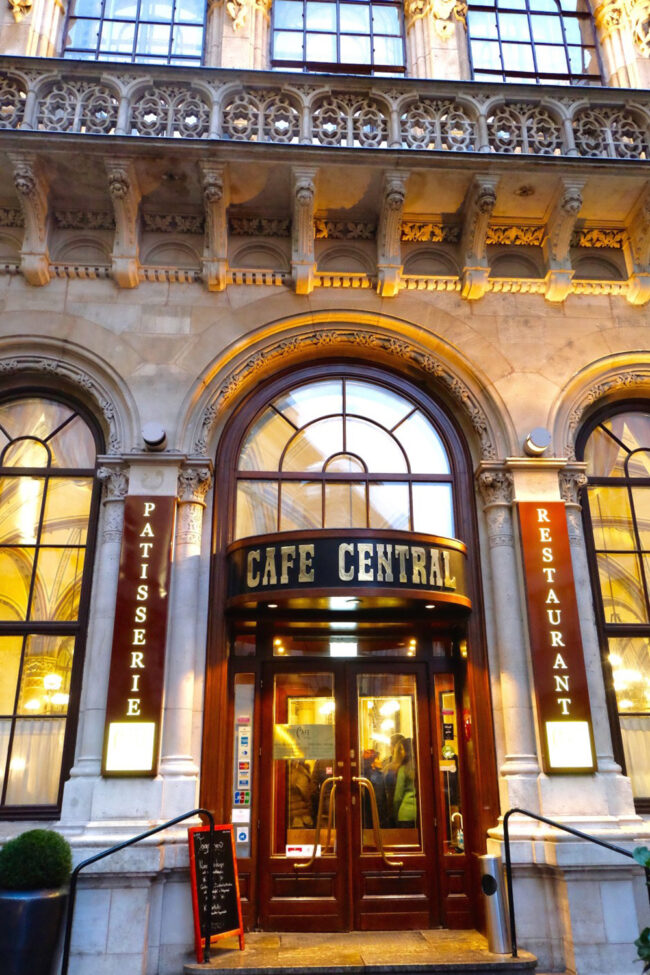 This seems less like a travel destination and more like a second home. Until covid struck, we spent two months here each winter and it is our fondest hope that we can return in 2022. We stay downtown in the old city of Puerto Vallarta because we love the Spanish architecture and cobblestoned streets. The city is well policed and feels perfectly safe. Mexicans are the warmest, friendliest and most genuine people in the world — even in the face of extreme poverty.

One charity that we support is the student program run by the Rotary Club in Saskatoon. For about $300 Canadian, you can sponsor a student to attend high school for one year, which is the cost of student fees, books and uniform. Our student, Berenice Gonzalez, plans to graduate from high school and train as a nurse. If you would like to become a sponsor or donate to this worthwhile program (you will receive a tax receipt), please do it here: Rotary Scholarships. 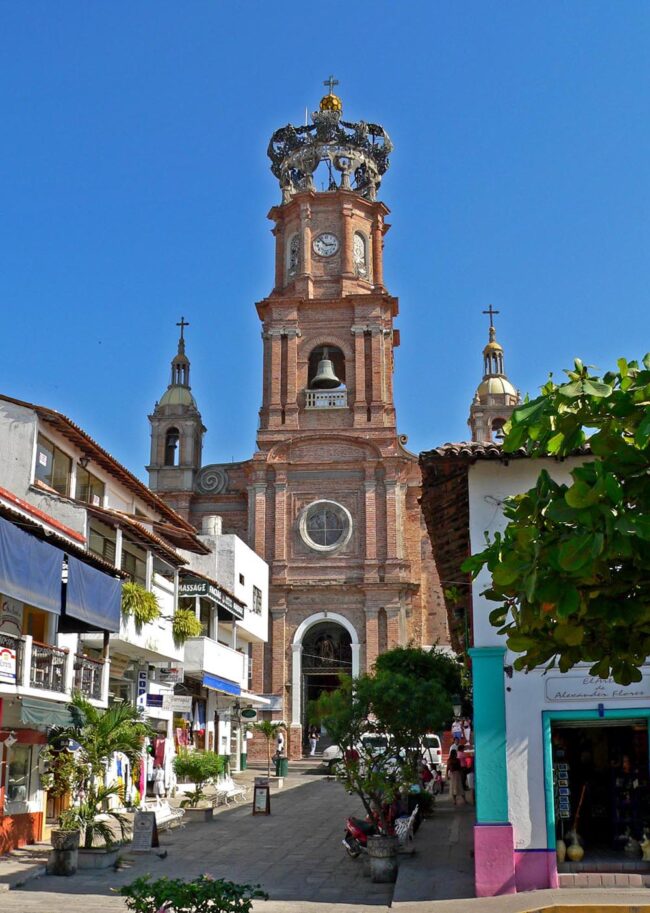 Way back in 2020, which seems a long time ago, I was scheduled to speak at the gorgeous Danesfield House Hotel, located an hour northwest of London on the banks of the Thames River. The occasion on May 8th was the seventy-fifth anniversary of Victory in Europe Day, and the location is significant because the hotel was formerly called RAF Medmenham and served as the headquarters for aerial photographic interpretation during the Second World War. This was the setting for my wartime novel, Bird’s Eye View. The hotel planned a lavish three-day event with guest speakers and tours. This was cancelled because of covid.

However, we are planning to make the trip next May, and the hotel is considering a similar event. IF you are interested in attending, please let me know and I will inform the hotel. I already have eight Canadian guests lined up and raring to go! Here are more photos of this historic hotel, if you need some encouragement: Danesfield House Hotel. 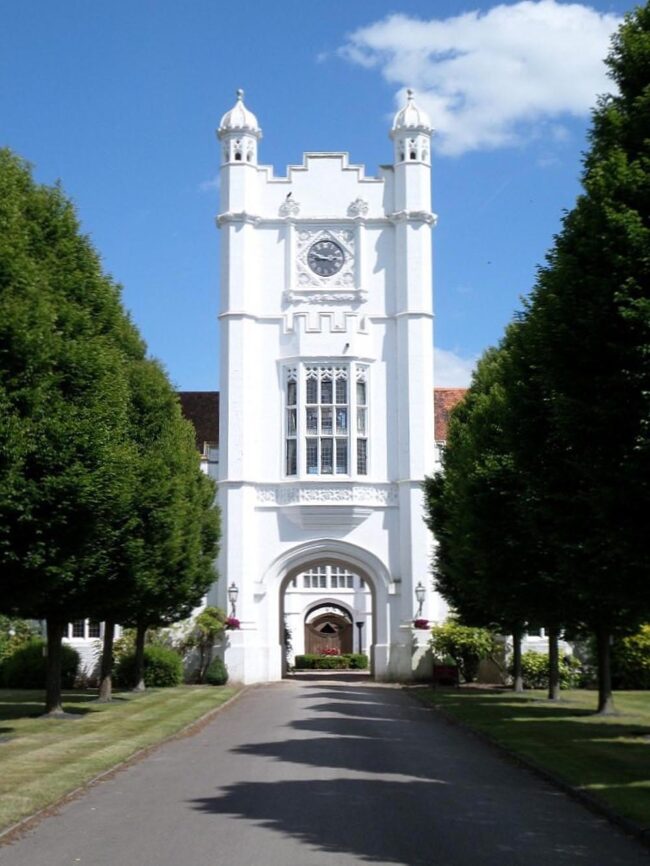 Not one, but two branches of my father’s family descended from Scottish men who worked for the Hudson Bay Company — one from the Orkney Islands, and one from Sutherland in the Highlands. (The Bay recruited many Highlanders in those days because they were not only dirt poor, but rugged enough to withstand the Canadian climate.)

Both forefathers arrived in Canada at different times and places, both married indigenous women, and two of their children (my great-grandparents Alexander McDonald and Nancy Ann Tait) met and married each other in Red River, Manitoba. It is because of them that I can claim Métis status. So we are going on a genealogy tour to find out more about my Scottish roots! (My husband, meanwhile, will be sampling the Scotch.)

Below is a photo of a stone memorial in Stromness on the Orkneys, beside a well where for hundreds of years, ships loaded up on fresh water before setting sail across the Atlantic. My ancestor sailed from Stromness on one of those ships. 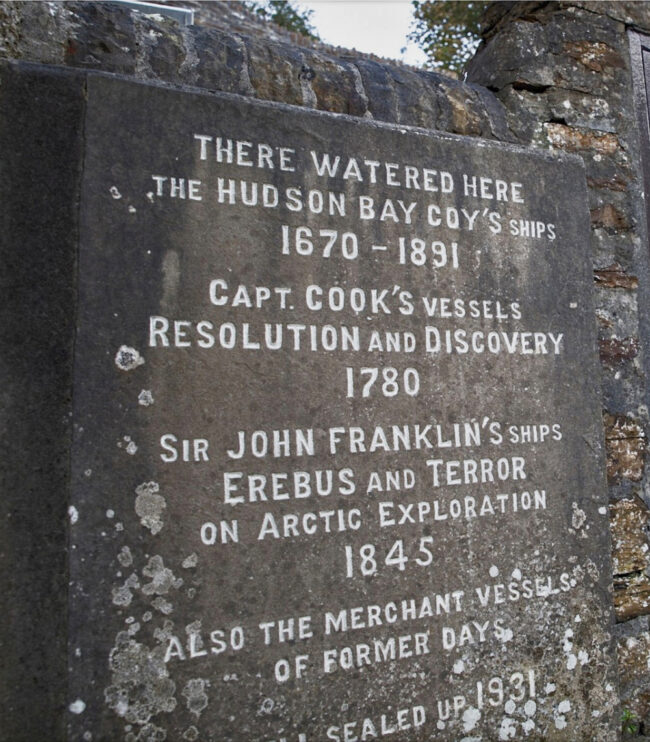 It’s been a long time since I posted one of my favourite Star Weekly covers. This weekly magazine published in Toronto featured many patriotic images during wartime. This illustration dated June 12, 1943 shows a Canadian airman gazing at a pretty girl, probably trying to forget the horrors of combat looming ahead. View dozens of other covers here: Star Weekly at War. 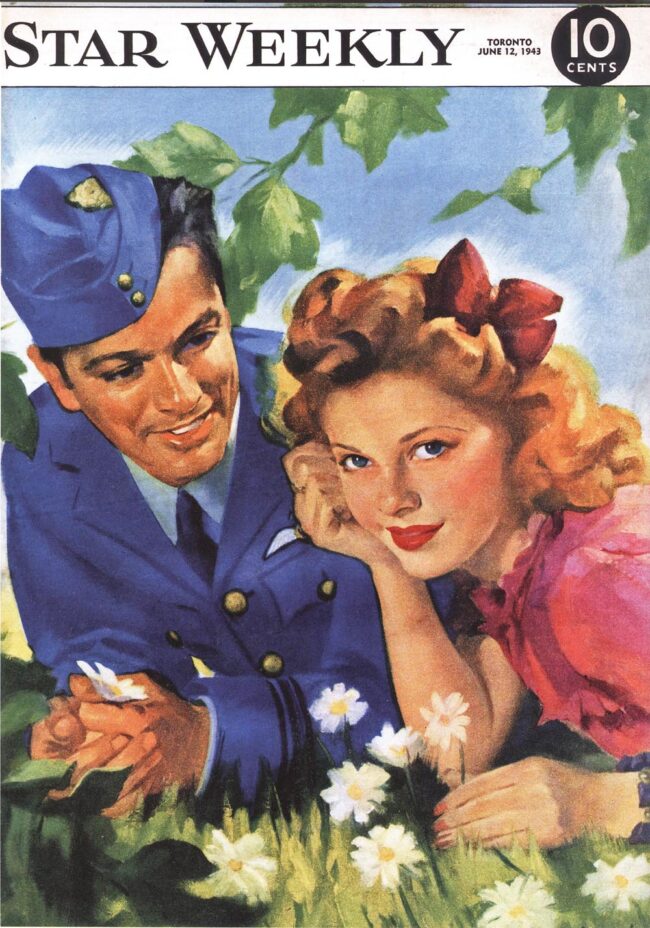 Since I grew up on a prairie farm, I have heard stories all my life about the Dirty Thirties and how the farmers suffered. But this powerful novel captures the experience of a Texas farm family in a way that is absolutely riveting. 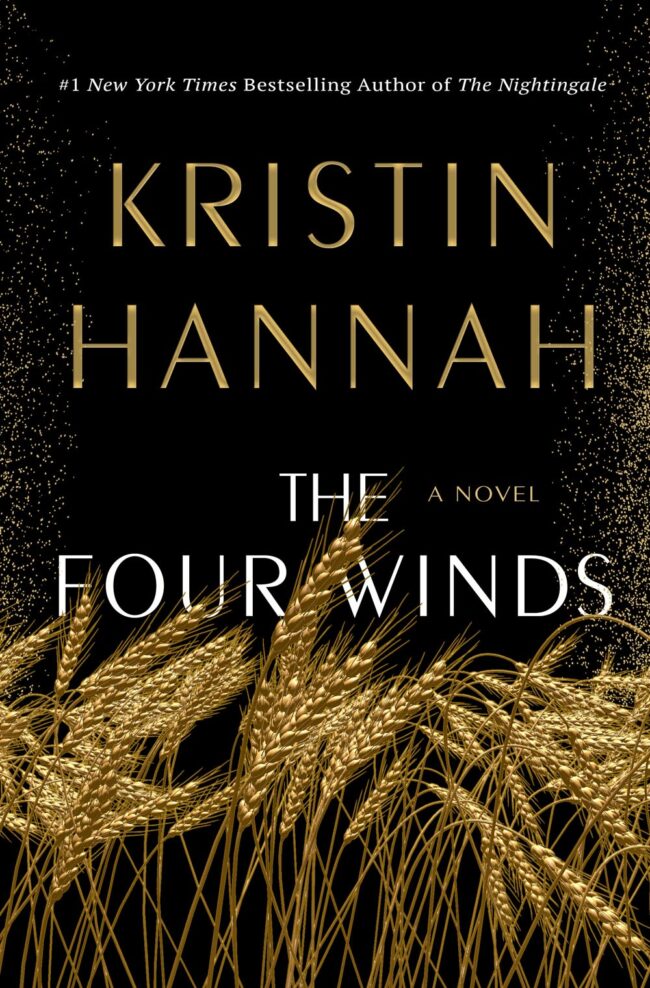 Fire on the Mountain

Close to three hundred forest fires are burning in British Columbia, and there is no relief in sight. The weather is extremely hot and dry and windy, the worst possible combination for fighting fires. Our air quality varies from hazy to extremely smoky, depending on the direction of the wind. I took this photo of the fire closest to us, a one-hour drive to the south.

(Next month this newsletter will feature a list of Things to Save in a Fire. If you haven’t subscribed yet, enter your email address in the little black box below this post, or send an email to elinor1@telus.net and I will do it for you.) 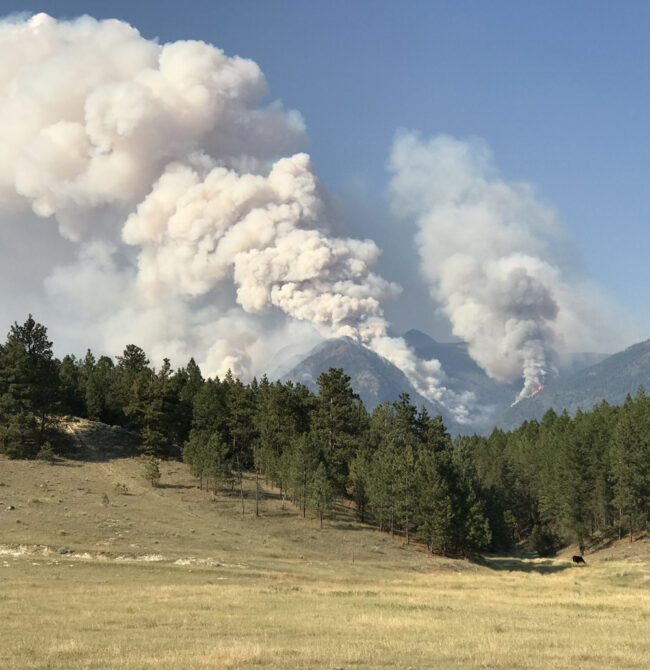 What about you, friends? Are you having a pleasant summer? Where is the first place you want to go after travel restrictions are eased? You know that I love to hear from you!