After earning her English degree at the University of Saskatchewan, she studied journalism at Carleton University. She launched her career at her hometown newspaper The Battlefords Advertiser-Post, followed by The Western Producer in Saskatoon, The Red Deer Advocate in Alberta, The Winnipeg Sun in Manitoba, and The Province in Vancouver, British Columbia.

Weary of city life, Elinor and her husband moved their young family to the mountain resort town of Invermere, British Columbia. For the next eight years, she was a regular writer for Reader’s Digest.

She returned to her newspaper roots when she purchased a fledgling local newspaper, The Columbia Valley Pioneer, and turned it into an award-winning community staple.

Elinor sold the newspaper in 2010 to pursue her lifelong goal of writing fiction. Her first historical novel Bird’s Eye View was published by Dundurn Press of Toronto in 2014 and became a Canadian bestseller.

Her contemporary novel Wildwood was released in 2018. It tells the story of a single mother from the big city who inherits an abandoned off-the-grid farmhouse north of Peace River, Alberta, and must learn the pioneer arts in order to survive. It was named by Kobo as “One of the best Canadian novels of all times.”

For five years, Elinor wrote stories about Canada’s proud wartime history and they are available on her website here: Wartime Wednesdays.

In 2016 many of these stories appeared in a collection titled: My Favourite Veterans: True Stories From World War Two’s Hometown Heroes.

Since 2019, Elinor has been writing a popular monthly newsletter featuring her writing, travels, family, and love of all things vintage. You may subscribe here: Letters From Windermere.

I was born and raised among the vast grain fields of the Canadian prairies, on a former Second World War airfield. You can read more about that in my first blog post, Growing Up With Air Force Ghosts.

My rural background instilled in me a love of big skies and big ideas, manifested by the pioneers who founded this great country.

I attended one of Canada’s last one-room schools before earning my English degree from the University of Saskatchewan in Saskatoon.

After graduation I worked for my hometown paper in North Battleford, The Battlefords Advertiser-Post. It was the tail end of the hot lead era, and from my desk I could see the linotype operator in his green eyeshade and ink-stained apron, raising his arms to shoulder height as he hammered the keys. 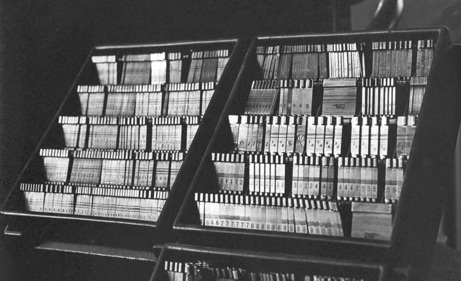 I wanted more education, so I drove 3,000 kilometres to Ottawa in my Chevette Scooter, and earned an honours journalism degree from Carleton University. I then returned to my rural roots, working as an Agriculture Reporter for The Western Producer newspaper in Saskatoon. 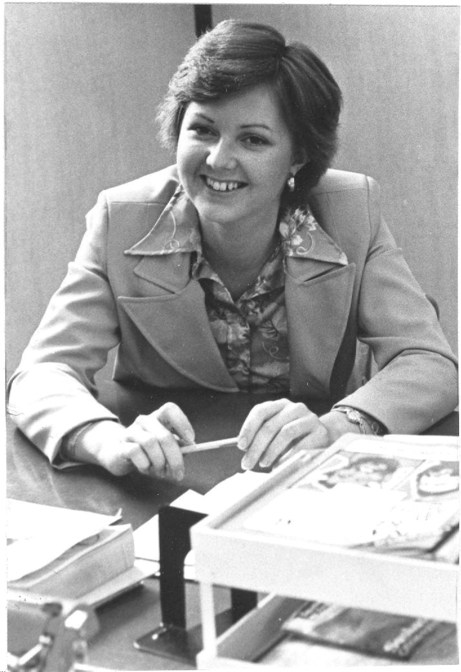 It was a great job: I wore cowboy boots to work and dated a string of cute farm boys. I even joined the paparazzi on the royal bus, covering the visit of Princes Charles and Edward to the Calgary Stampede. 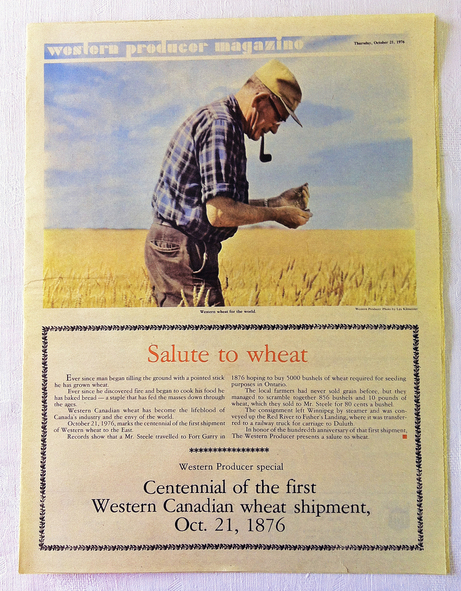 Still, I was longing for the bright lights. I packed my Chevy Vega and drove another 3,000 kilometres to Los Angeles, where I spent a year freelancing. I had a few small successes. I sold my column “Hollywood Happenings” to three weekly newspapers, including the Yellowknife News of the North in the Northwest Territories. 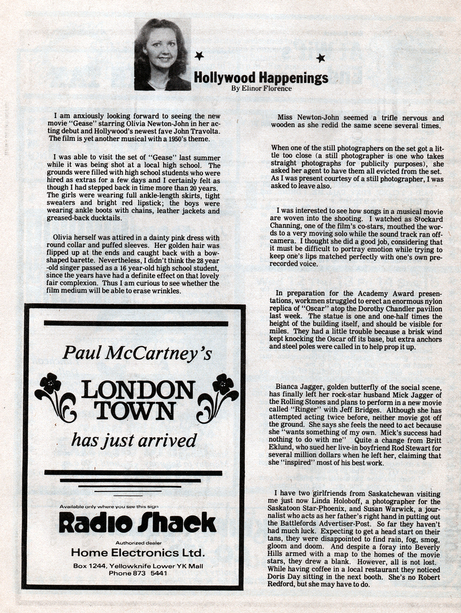 Eventually I ran out of money and started working at a one-hour photomat across the street from the famous Los Angeles Farmers Market. It was deadly dull, although I met a few minor celebrities. (And I even spotted Doris Day, trying on leather boots in a shoe store.) But I really wanted to be a newspaper reporter, so I came home to Canada. 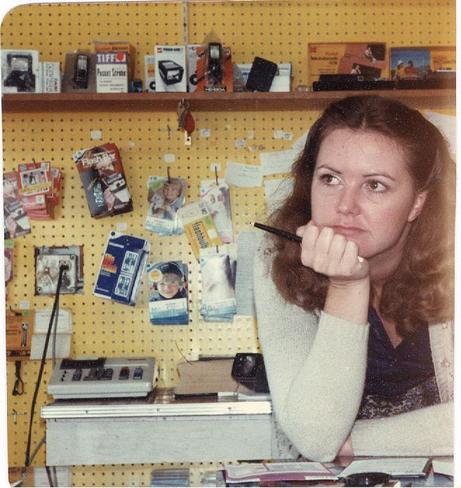 My first venture into daily newspapers was at The Red Deer Advocate in Alberta.  This was a great job. The newsroom staff was young and dedicated, and we put out a great paper. 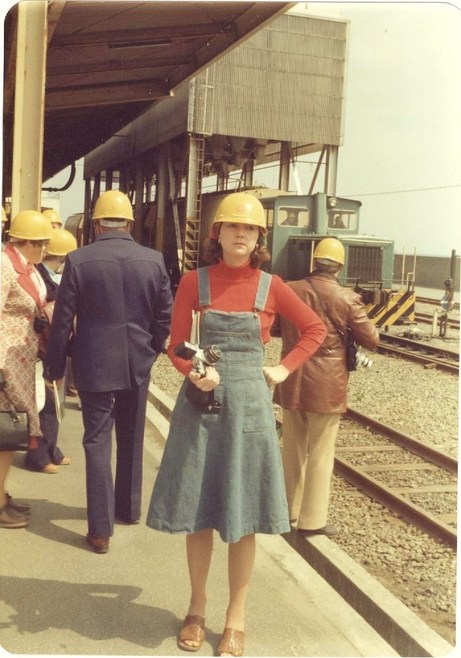 I started as the Agriculture Reporter, was promoted to Features Editor (the politically correct term for Women’s Editor), and then became the newspaper’s first woman City Editor. I stayed at The Advocate for nine years. 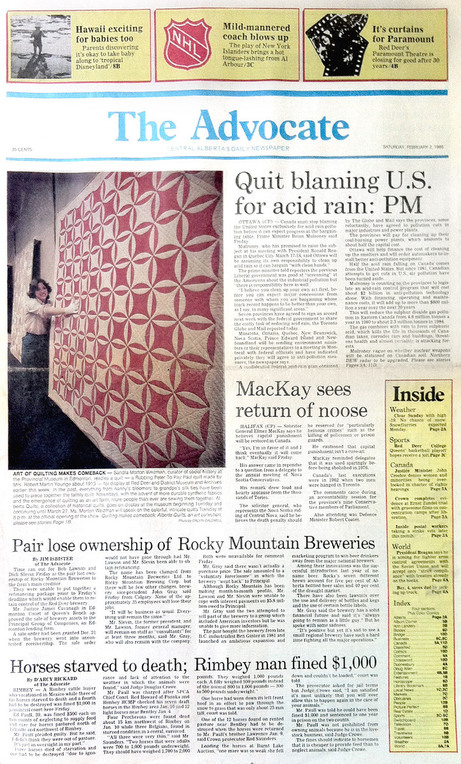 From there, I took my Volkswagen Scirocco for a 1,400-kilometre trek across the prairies to Manitoba, where I worked for an upstart tabloid called the Winnipeg Sun, notorious for its irreverent attitude and scantily-clad Sunshine Girls. The newsroom was full of brilliant but strange characters – like the copy editor who lived in a motel and was paid in cash. I started as News Editor, and wound up as Assistant Managing Editor. (Check out Wayne Gretzky’s wedding picture!) 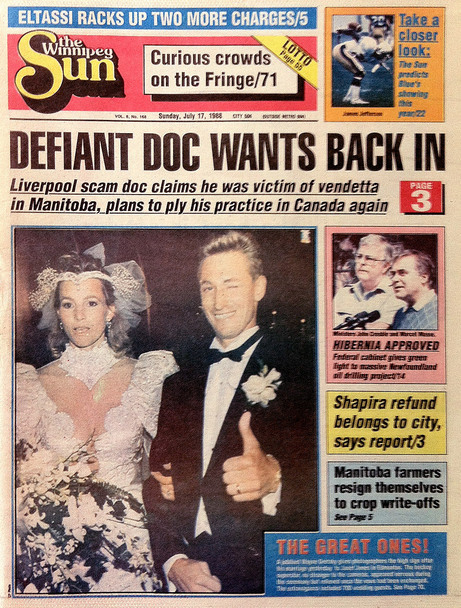 I had always yearned to live on the West Coast, so I packed my Pontiac Grand LeMans and drove 2,300 kilometres west to Vancouver, where I lived in a beautiful seaside neighbourhood called Deep Cove and worked for the Province, another lively tabloid. 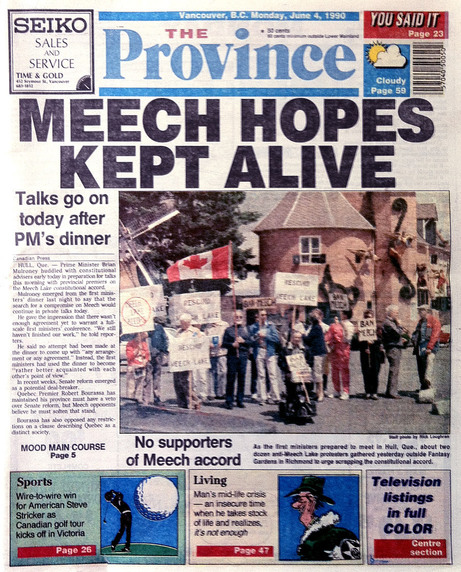 In 1994 I left newspapers behind, or so I thought, when my family moved to Mexico, where my husband was hired as construction manager for a Canadian gold mining company. 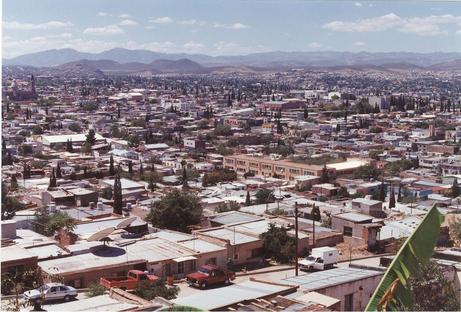 We lived in a big northern city named Chihuahua, Chihuahua (I love saying that name), but spent much of our time in the remote Sierra Madre mountains where the mine was located. 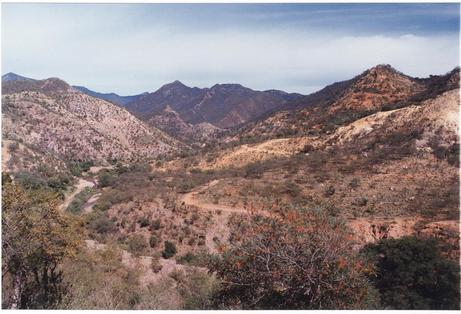 Deprived of my beloved newspapers, it was here that I started to think seriously about writing a novel. Based on an old photograph, I already had the concept: a woman who works as an aerial photographic interpreter in the Second World War. 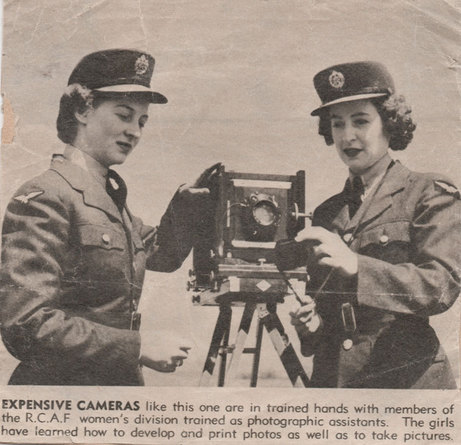 We wanted to raise our kids in a small town, so when we returned to Canada we settled in the mountain resort of Invermere, British Columbia. From my home office, I gaze at Lake Windermere in all the changing seasons. 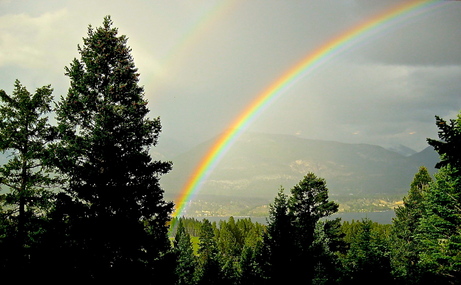 I thought my journalism career was finally over. Then I ran across a local guy whose propane truck had gone off a mountain cliff. The words “Drama in Real Life” sprang to mind, and I fired off the story idea to Reader’s Digest. The editors published “Under the Death Cloud” and I became a regular contributor for the next eight years.

My favourite assignments were the “heart” stories, as the Digest called them, like the one called “Bradley’s Last Hope,” about a little boy whose father gave him a liver transplant. 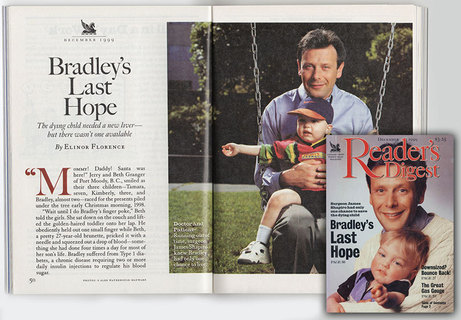 In 2004 an opportunity arose to purchase a fledgling weekly newspaper, and I couldn’t resist the challenge. For the next six years I practically lived at the newspaper office, writing articles, selling classifieds over the counter, and sweeping the floor. 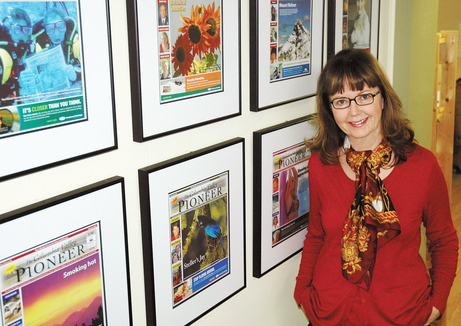 I had a winning business model because I know what local folks want to read about: their friends and neighbours. The Columbia Valley Pioneer thrived. We called it “The People Paper.” One man even proposed to his girlfriend on the front page. 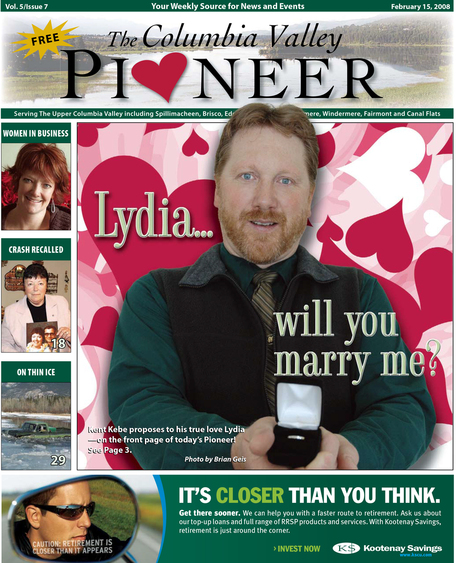 I still hadn’t fulfilled my lifelong dream of writing fiction, so I sold my newspaper in 2010 to complete my unfinished manuscript. I immersed myself in the Second World War period to the point where I went to bed each night braced for an air raid! To my delight, Bird’s Eye View was accepted by Dundurn Press and published in 2014. Two years later, it was named a Canadian bestseller in both The Toronto Star and The Globe & Mail.

My young Canadian heroine works for Allied Intelligence, spying on the enemy from the sky by deciphering aerial photographs, searching out bomb targets through a magnifying device called a stereoscope. You can read more by clicking here: Bird’s Eye View. 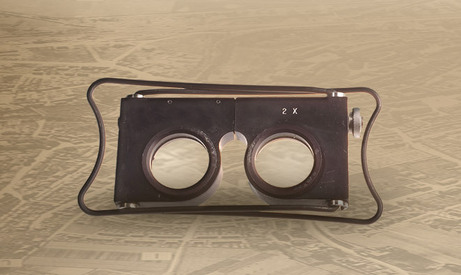 From 2013 to 2018, I wrote a weekly blog called Wartime Wednesdays, offering up the fascinating facts and anecdotes that I uncovered while researching Bird’s Eye View. Check it out by clicking the Blog button at the top of the page.

In 2016 I published a collection of my original interviews with veterans. Read more here: My Favourite Veterans: True Stories From World War Two’s Hometown Heroes.

My new novel Wildwood explores a different aspect of Canadian history. A single mother from the big city inherits an abandoned foursquare farmhouse in northern Alberta, like the one shown below, and must learn the pioneer arts in order to survive. Read about my new book by clicking here: Wildwood. 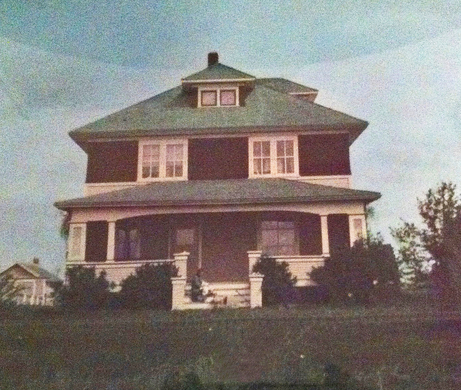 As for my personal life, it just keeps getting busier. My three gorgeous daughters have now produced three little girls and two baby boys whom we love dearly. 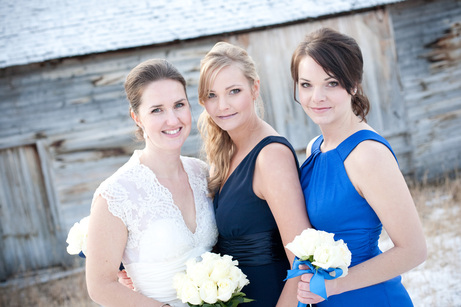 My husband has finally retired from his consulting job for a Canadian gold mining construction company, so we are enjoying the opportunity to travel. Along the way, I have done many book signings. You can see some photos of past events by clicking here: Events. 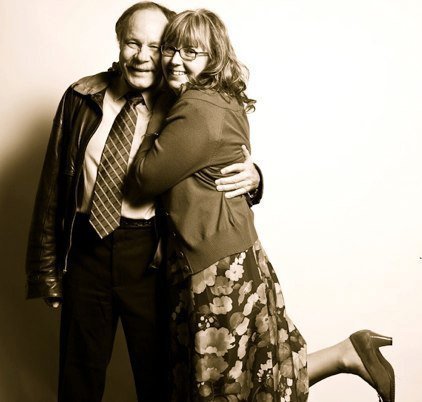 In what little free time I have left, I comb through garage sales and thrift stores, seeking vintage items for my beautiful home overlooking Lake Windermere. Here I am seated in front of my log cabin, which we salvaged and restored as a guest “bunkie” in our yard. 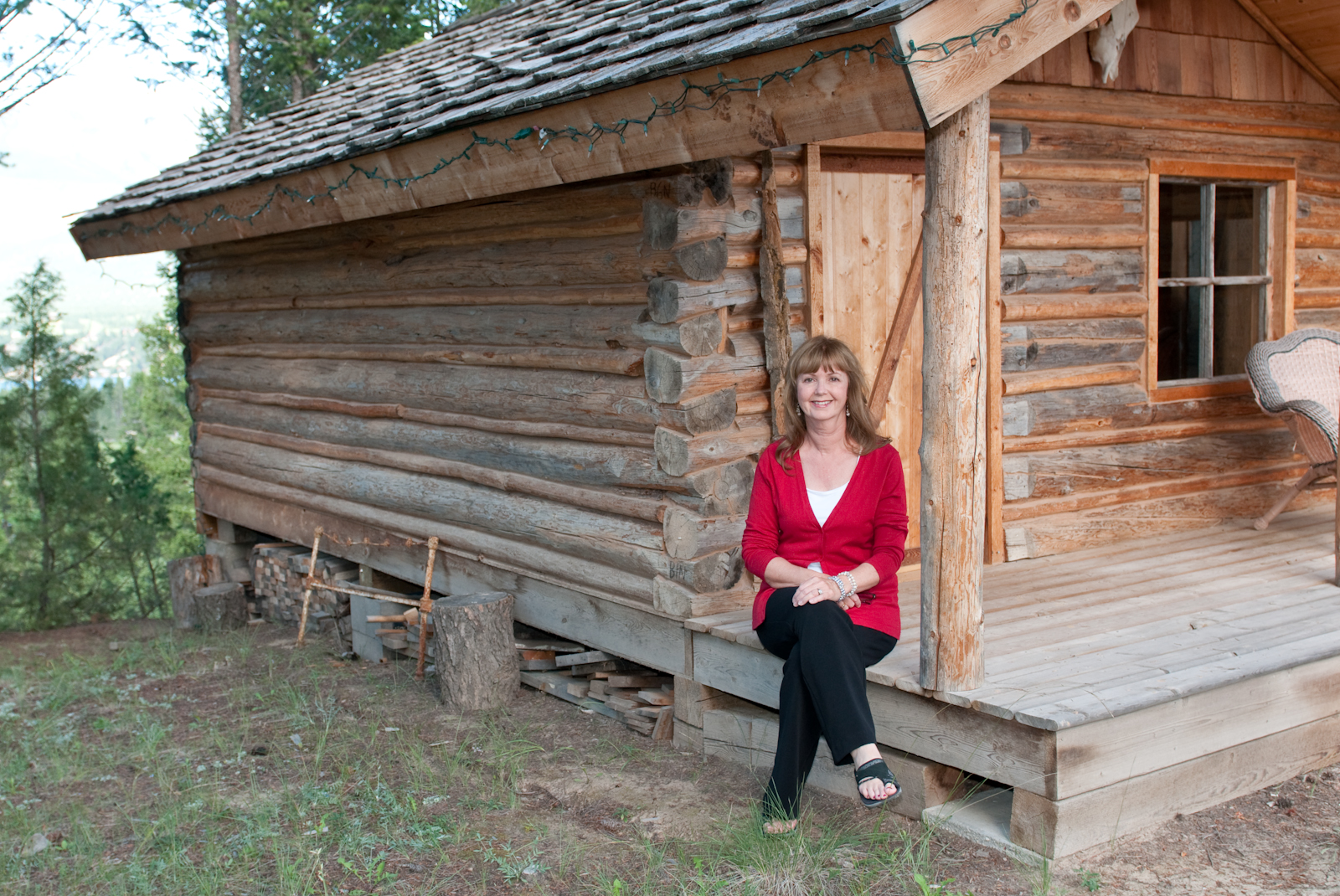 I also keep up a lively correspondence with all the lovely people who write to tell me they enjoy my books. I would love to hear from you! You can find my contact info here: Contact Elinor. 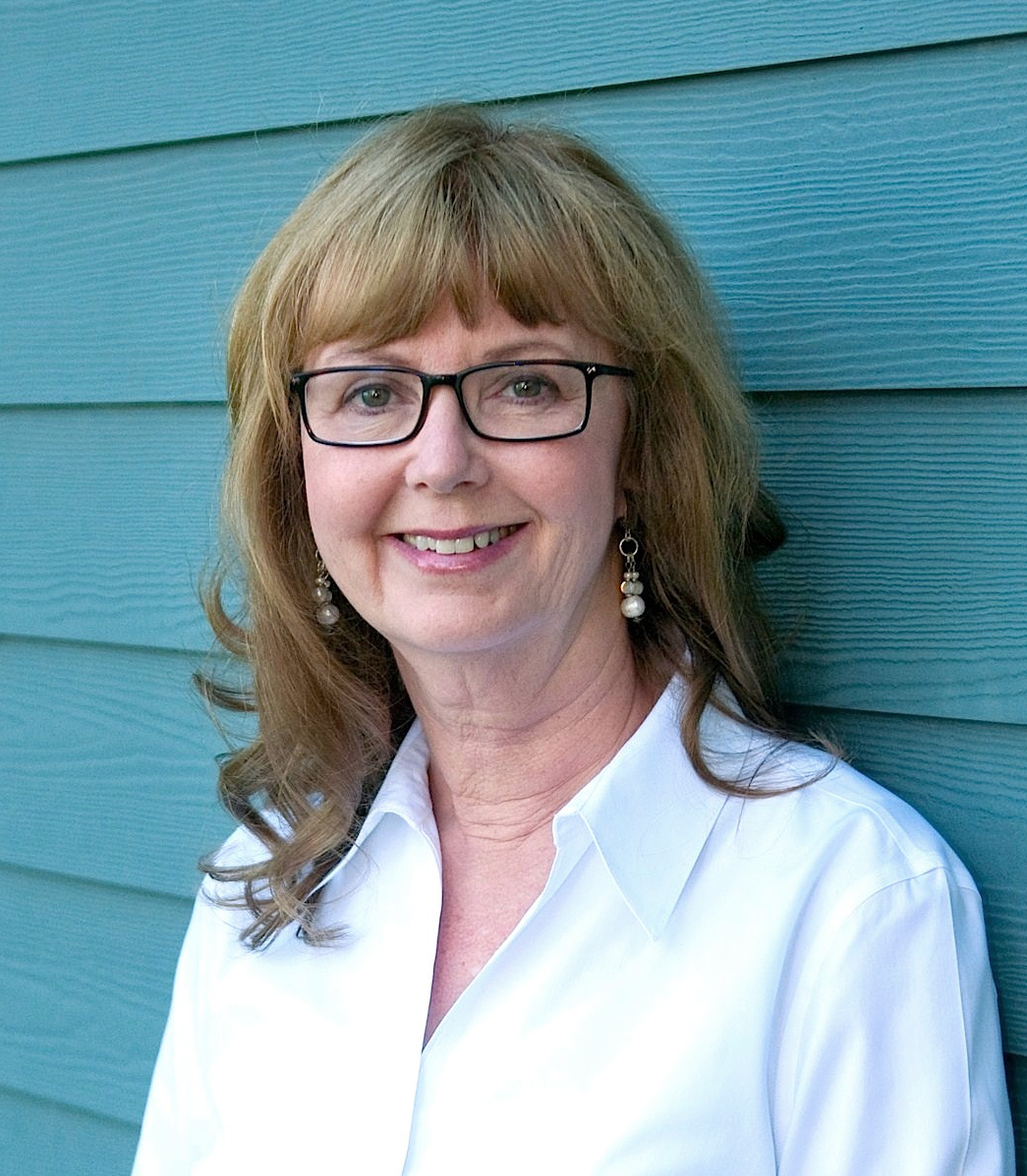 WHAT YOU NEED TO KNOW