A few years before he died, I asked my father what was the best Christmas he could remember. I expected him to recall his childhood, or a time when his own children were young. But without hesitation, he said: “Christmas 1945!” I asked him why, and here’s the story he told me, in his own words.

It was Christmas Eve, 1945. I was still on active duty in the Royal Canadian Air Force. The war had ended six months earlier, but I was just back from my posting in India and was billeted at a hotel in Bournemouth on the south coast of England.

I was in no hurry to get home, unlike most of the other men who were eager to see their families. It took a long time to send hundreds of thousands of Canadian men and women home from Europe by ship, and there was quite a waiting list.

But I didn’t have much to go back to, except work on my father’s farm at Richard, Saskatchewan. Since I wasn’t looking forward to arriving home in the middle of winter with nothing to do, I just kept my head down and waited for orders.

On that Christmas Eve, I was with my buddy Jack Anderson from Ottawa. We had received our presents from home – I had twenty-five dollars in cash, and Jack had a bag of oranges. When Jack found out about my money, he asked to borrow some so he could get his watch out of hock. It was a very special watch and he had been worried sick about going home without it. So we went down to the pawn shop and retrieved his watch.

“What we really need is some hard liquor,” I said. Of course, the English were still on strict rations and there was nothing but beer to be found anywhere in the country.

“Let’s go to this chemist’s shop I know about,” Jack said. “They might have something.”

A chemist in England is the same as a pharmacy. I wasn’t sure why a chemist would carry hard liquor, but when we were just outside the door, Jack announced: “I took their daughter out on a date once.”

“Oh, no,” I said, stopping short. “You’ve probably messed up everything.”

“Don’t worry, I was a perfect gentleman,” Jack insisted. I had my doubts, but we went into the shop and there was a woman behind the counter, the mother of Jack’s lady friend.

We asked her if she had anything to drink, and of course she said no, nothing. So I set Jack’s bag of oranges down on the counter, and a couple of them “accidentally” spilled out.

“Oranges!” the woman said, and her eyes got big. “My little boy is four years old and he’s never seen an orange. How much do you want for them?”

“We want something to drink,” I told her, and sure enough, she reached under the counter and pulled out a bottle of gin. So I gave her the oranges and hid the bottle inside my battledress tunic as best as I could, and off we went to a pub.

We were standing in the pub drinking our beer and we started chatting with three Americans. Since it was Christmas, we bought them a round. One of them said enviously: “You know, you Canadians are so lucky.”

“They’ve got it all fixed up for you at home,” he replied. “The Canadian government is planning big things for you guys. When you get back you’re going to get help with a university degree, business, whatever you want.”

This was the first time we had heard of any benefits waiting for returning veterans, so naturally we were delighted. I was twenty-eight years old by then, and what I really wanted to do was buy my own farm, but I hadn’t been able to figure out how. I thought this might be my chance.

Despite my enthusiasm, I remembered to drink my beer with my right elbow flat against my side so they wouldn’t see the bulge of the bottle in my tunic. But then the Americans asked to be excused for a moment. They went over in a corner with their heads together and we thought: “Oh, oh. They’ve seen our bottle and now there’s going to be trouble!”

But when the Americans came back, they hung their heads and apologized. They wanted to buy us a round in return, but the three of them had emptied their pockets and together they had only thirty-seven pence. We were so relieved we didn’t have to fight them that we bought them another beer, and in a while I brought out the bottle and we all had a party!

On Christmas morning, I woke up to hear a wonderful sound – all the church bells in the city ringing at once. I jumped out of bed and ran to the window and stuck my head out to listen.

The hotel where I was billeted was on top of a high hill overlooking the city and the ocean below. The pealing of bells could be heard from every direction, floating through the air from far and wide.

It was the most beautiful sound I have ever heard.

During the war, there was a ban on the ringing of church bells unless the Germans landed. It had been seven long years since the church bells had last rung in England on Christmas Day 1938.

As I stood there listening to the bells, I thought about the little boy with his oranges, and Jack with his watch, and the Americans with their hangovers, and the new life waiting for me at home, and peace all over the world, and I said to myself: “This is the best Christmas I’ve ever had.”

My father came home to Saskatchewan in April 1946. It was a good year for him, since just one month later he met the girl of his dreams named June Light at a dance. It was love at first sight. 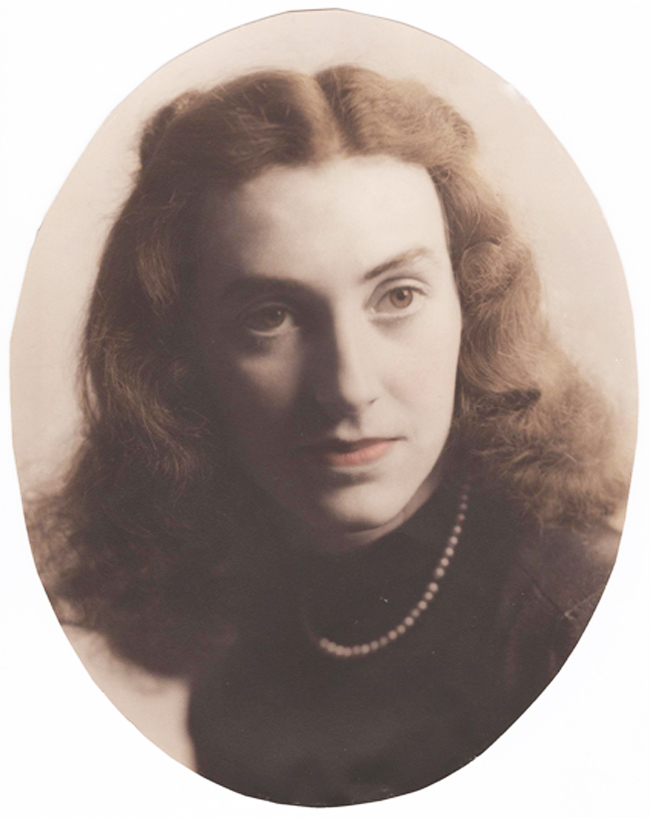 My Dad qualified for a loan to buy farmland under the Veterans Land Act and purchased an abandoned airfield near North Battleford. Together my parents created a successful farm and raised three children.

Our government was generous to its returning veterans. It helped 144,000 returning Canadian servicemen purchase their own property, and assisted another 50,000 to attend university.

My Dad’s story, along with twenty-seven other original articles from Wartime Wednesdays, are now available in print under the title My Favourite Veterans: True Stories From World War Two’s Hometown Heroes. For more info, visit the book cover image on the bottom of this page.

You can also see some photos of my childhood home, the former airport that my parents turned into a farm here:

The Star Weekly was a Canadian newsmagazine published by the Toronto Star. During the Second World War, a beautiful colour illustration appeared on the cover each week with a wartime theme. This one dated December 20, 1942 shows the joy of a father’s homecoming. To see my collection of Star Weekly covers, click: Star Weekly At War. 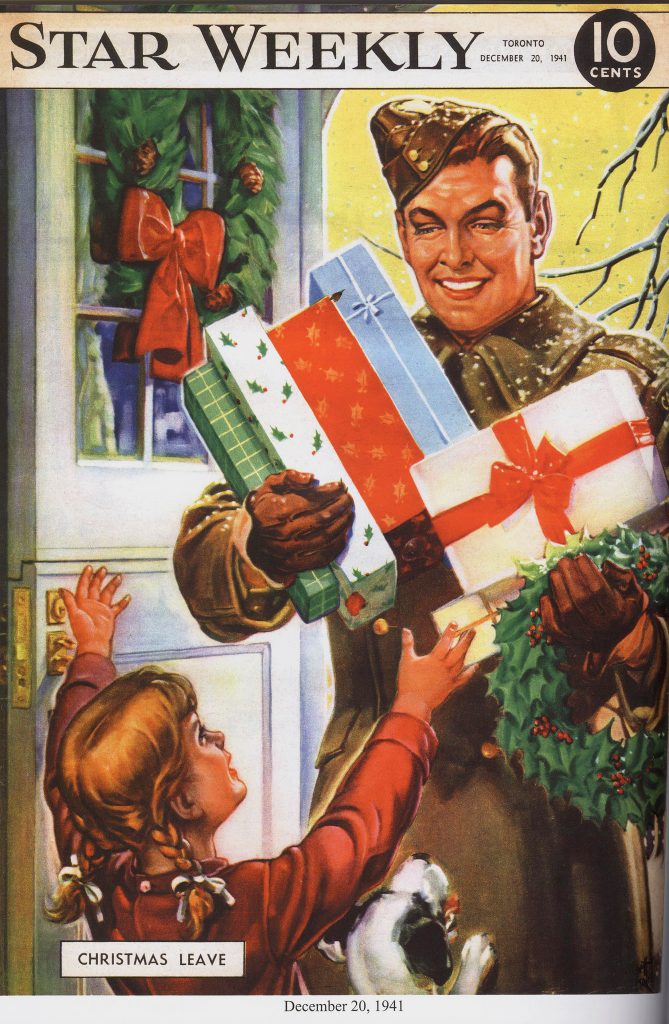