Wartime novels make great reading. Since I’m less concerned with military strategy, and more interested in how war affects people’s hearts and minds, my best wartime fiction is laden with drama and romance. Here are some of my favourites.

This is by no means a complete list. I’ve included some oldies but goodies along with the best of the new novels. Don’t let the hokey vintage covers fool you, because there is pure gold inside. For those of you with e-readers, many of these novels are now available digitally, either online or free through your public library.

(and for men who enjoy all books)

1. A Town Like Alice, by Nevil Shute. My all-time favourite wartime novelist wrote so many great books that I’m including two of them. A Town Like Alice brings to life my favourite theme in literature: a strong woman battling the odds. The British heroine Jean Paget is taken prisoner by the Japanese when World War Two begins, and survives by sheer force of will. The post-war romance in Australia is equally compelling. It was made into a terrific 1981 Australian miniseries. 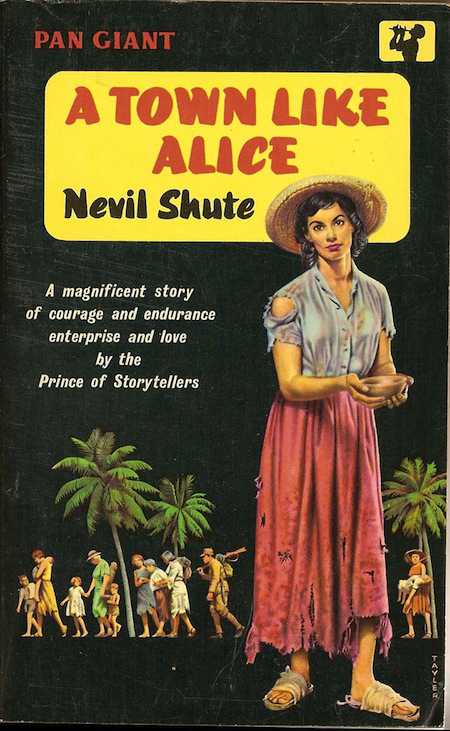 2. Pastoral, by Nevil Shute. RAF bomber pilot Peter Marshall leads the most successful bombing crew at his airbase. Then he falls hopelessly in love with an attractive female officer who insists that duty should come first, with disastrous consequences for his flying ability. This story couldn’t be more commonplace, yet it’s a hang-onto-the-edge-of-your-seat thriller. Heart-pounding drama and knee-melting romance. 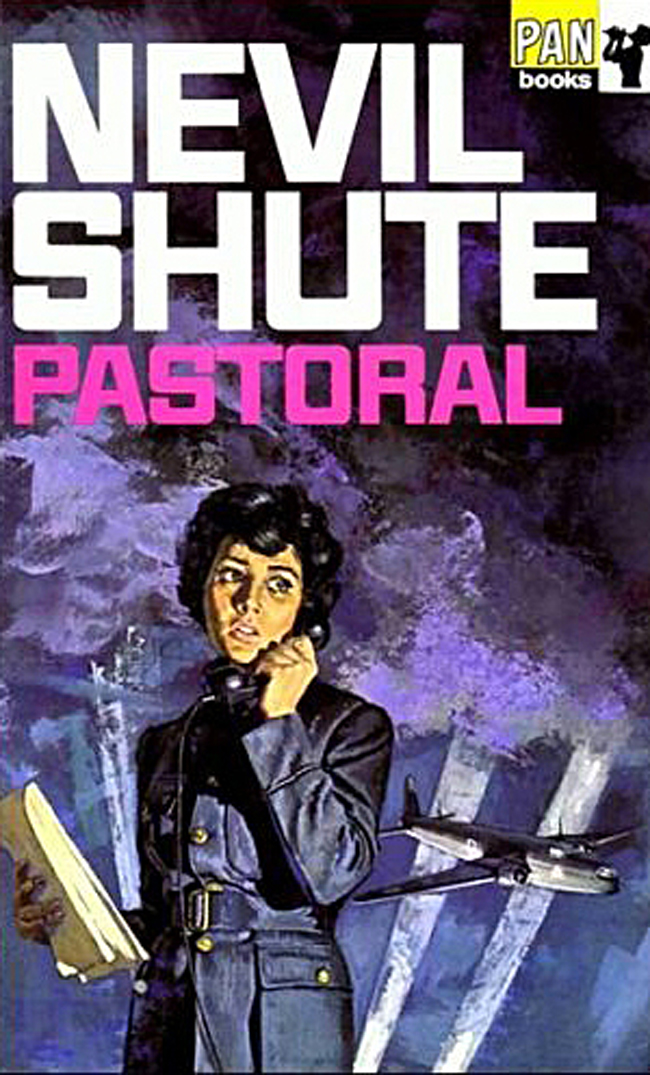 3. Sophie’s Choice, by William Styron. When I first read this book back in 1982, I did not know what choice the concentration camp survivor Sophie had to make. The unveiling of the secret is so moving and profound that you will never forget it. It’s not a happy book, but if you want to escape from your own petty problems this book will take you far away. Meryl Streep won the Oscar for Best Actress in the 1982 movie. 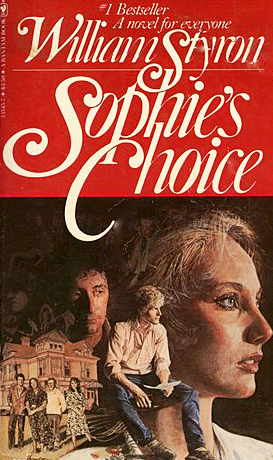 4. The Avenue Goes to War, by R. F. Delderfield. Four families who live on the same avenue in London face down the bombing with stubborn determination. Some family members are in Europe fighting, while others keep the home fires burning. Delderfield is a wonderful writer and this is the second book about the same characters previously featured in The Dreaming Suburb, about pre-war England. It was a British TV miniseries in 1978. 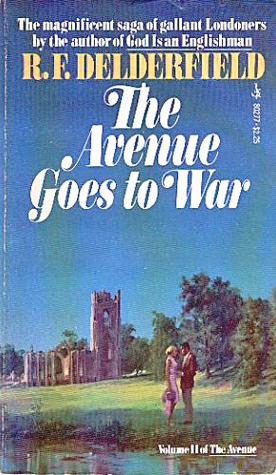 5. The Winds of War, by Herman Wouk. This great author, who also wrote The Caine Mutiny, really knows how to tug at the heartstrings. This family saga written in 1971 revolves around an American naval officer, his wife and children. His son is married to a Jewish girl, which heightens the drama. The book ends shortly after the attack on Pearl Harbour. To find out what happens to the characters, read the sequel called War and Remembrance. Robert Mitchum starred in the 1983 miniseries. 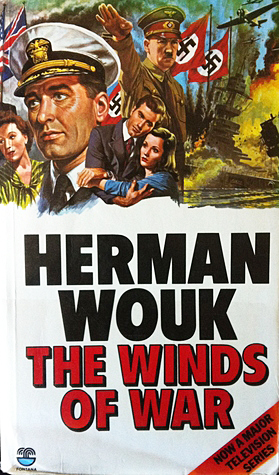 6. The Eye of the Needle, by Ken Follett. He’s better known for Pillars of the Earth, but this 1978 novel by Follett is a real nail-biter. It involves a heroine marooned on an island with a ruthless German spy, each determined to outwit the other. It was turned into a pretty good movie starring two Canadians: Kate Nelligan as the heroine, and Donald Sutherland as the spy. 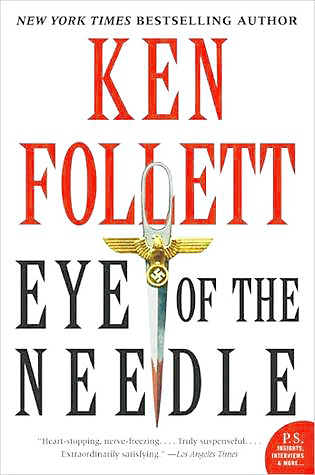 7. My Friend Monica, by Jane Duncan. This novel forms part of the overlooked and under-rated My Friends series. Duncan was a brilliant writer and the somewhat flippant titles disguise the passion, sorrow and joy she experienced throughout her life in these semi-autobiographical novels. I love My Friend Monica because it takes place in part during the Second World War when Jane was serving in the Women’s Auxiliary Air Force. 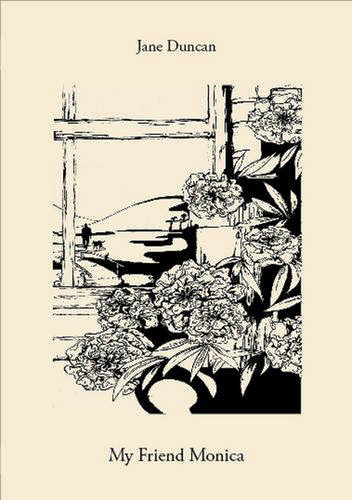 8. Rilla of Ingleside, by Lucy Maud Montgomery. Many contemporary readers are unaware that the Anne of Green Gables author had her dark side. This wonderful, moving story features Anne’s youngest daughter Rilla, whose two brothers (Anne’s sons) and Rilla’s true love are fighting in the trenches of France. This is the only Canadian novel written from a woman’s perspective about the First World War. You will feel the pain of those left behind. 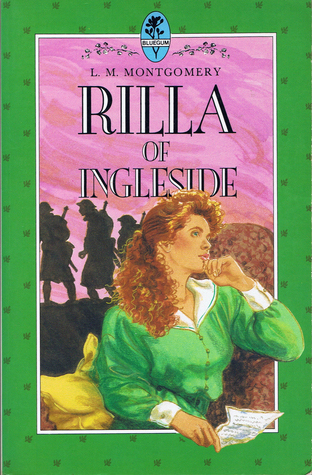 9. Guernsey Literary and Potato Peel Society, by Mary Ann Shaffer and Annie Barrows. This is perhaps one of the best contemporary novels about World War Two, which are somewhat thin on the ground. The book has a funny, charming cast of characters who live on the Channel Islands while occupied by the Germans, who aren’t all bad guys. It has an unusual setting and a fresh twist. And a really catchy title. 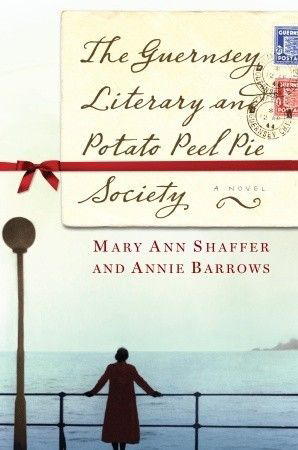 10. The All-Girl’s Filling Station Last Reunion, by Fannie Flagg. The title doesn’t reflect the main theme, which concerns three sisters from the Deep South who flew military aircraft around the United States during the Second World War. This novel by the author of Fried Green Tomatoes is light and entertaining, and popularizes an important contribution made by women flyers to the war effort. 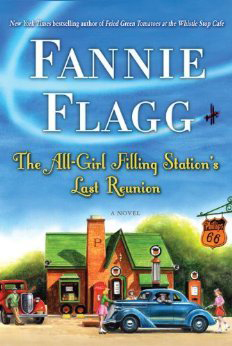 11. The Book Thief, by Marcus Zusak. Originally billed as a book for Young Adults, this is an excellent read for people of all ages. Liesel Meminger is a foster girl living outside of Munich, who scratches out a meager existence for herself by stealing when she encounters something she can’t resist: books. With the help of her accordion-playing foster father, she learns to read and shares her stolen books with her neighbors during bombing raids, as well as with the Jewish man hidden in her basement. It’s now been made into a movie. 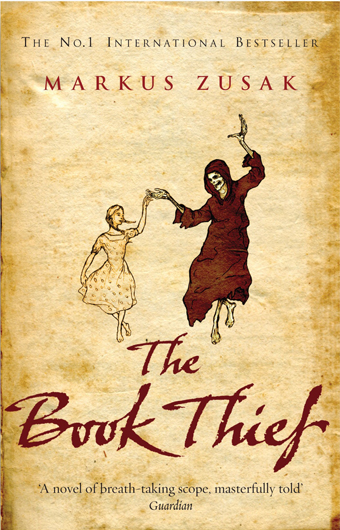 (and for women who enjoy all books)

1. Bomber, by Len Deighton. This 1970 novel is a fictionalized account of an RAF bombing raid on the Ruhr Valley in June 1943. The progress is viewed through the eyes of the protagonists on both sides. The most poignant passage for me described a group of German women who were assigned to start peeling potatoes for soup, knowing that thousands of homeless victims would need food that night after the bombers flew back home to Britain. 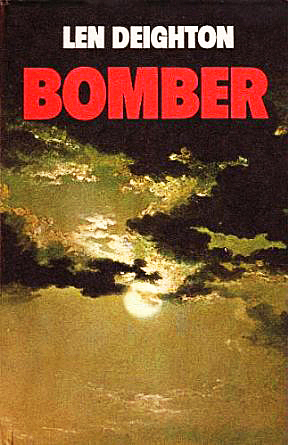 2. The Young Lions, by Irwin Shaw. Written shortly after World War Two ended, this novel tells the intertwining stories of three soldiers: a German drawn to Nazism by despair for his future and willing to sacrifice Jews if necessary; an American Jew facing discrimination of the American kind; and an American Protestant who struggles with lack of meaning in his life. It was made into a movie with Marlon Brando, Montgomery Clift, and Dean Martin, of all people. 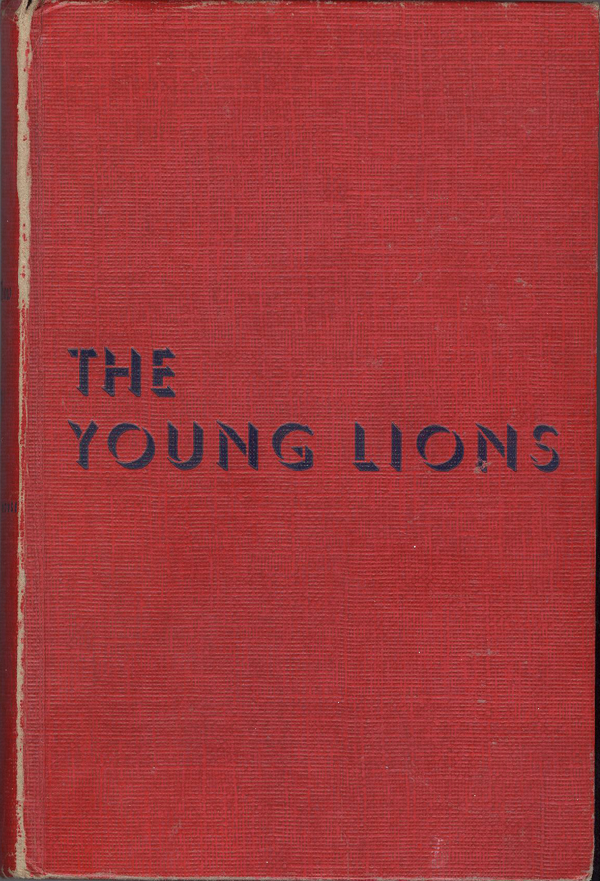 3. The Cruel Sea, by Nicholas Monserrat. This 1951 novel takes place during the Battle of the Atlantic: the struggle between the German submarines and the convoys keeping Britain supplied with food and weapons. The overarching enemy is the Atlantic itself, always ready to claim another victim. The word “cruel” doesn’t begin to cover it. It was made into a movie in 1953. 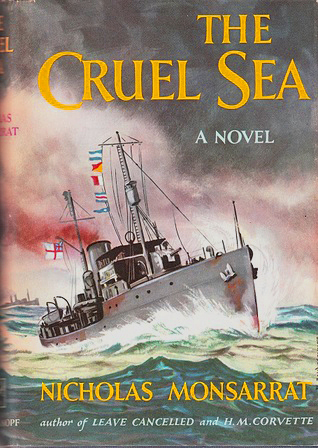 4. Birdsong, by Sebastian Faulks. This powerful novel by this acclaimed British author tells the story of a man called Stephen Wraysford at different stages of his life both before and during World War One. Birdsong is part of a trilogy of novels by Sebastian Faulks, together with  The Girl at the Lion d’Or, and Charlotte Gray. It was turned into a 2012 television miniseries. 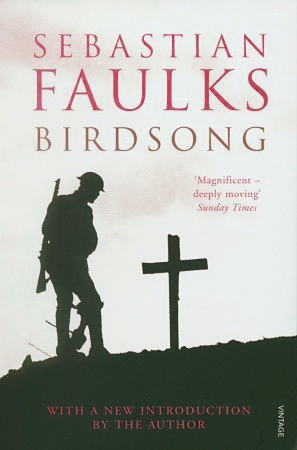 5. Three Day Road, by Joseph Boyden. Fascinating on several levels, it’s about two Cree guys from Moose Factory, Ontario who become snipers in the killing fields of France during World War One. Again, this book isn’t for the faint of heart, but brilliantly written. 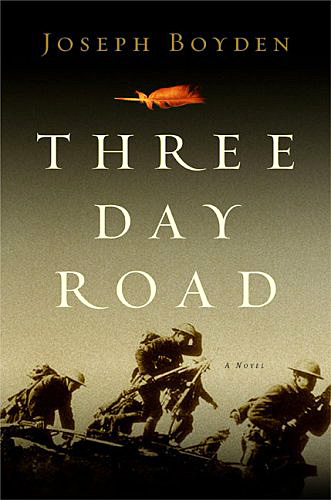 6. All Quiet on the Western Front, by Erich Remarque, a German veteran of World War One. This classic novel describes the German soldier’s extreme physical and mental stress during the war, and the detachment from civilian life felt upon returning home. The book and its sequel, The Road Back, were later banned and burned in Nazi Germany. 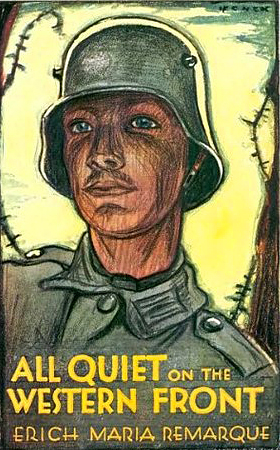 7. Master and Commander, by British author Patrick O’Brian. I had to sneak this one in although the period goes back to the Napoleonic War. It is the first of twenty-one gripping novels featuring Captain Jack Aubrey and the naval surgeon Stephen Maturin. I have read the whole series and look forward to reading it again! Every novel is as exciting and fascinating as the one before. A version the first book was made into a movie in 2003 (although even Russell Crowe doesn’t do justice to my mental picture of Jack Aubrey). 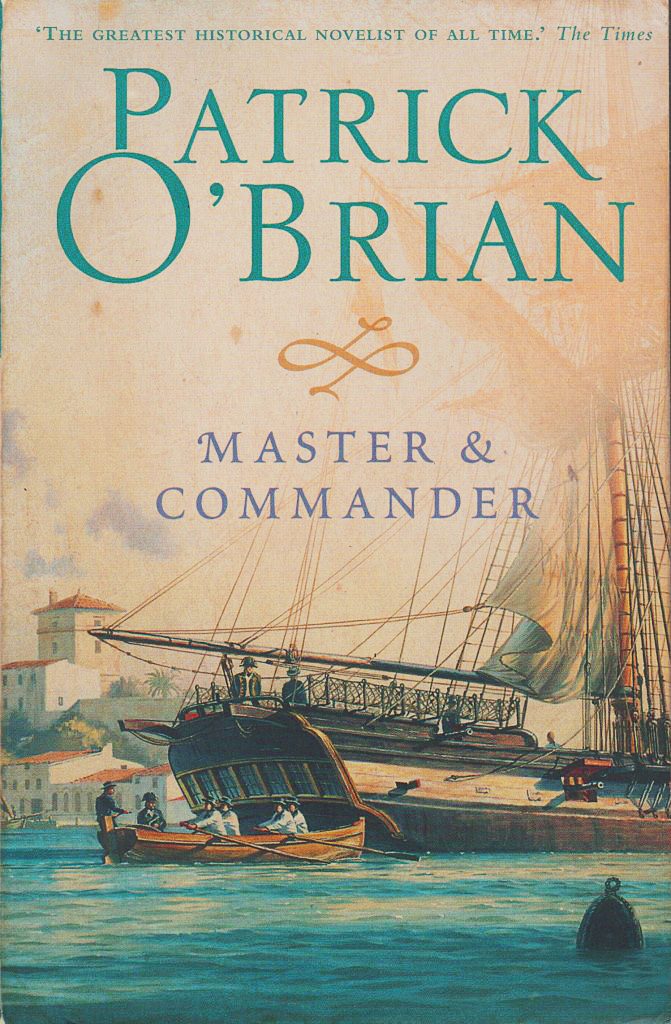 8. Unbroken, by Laura Hillenbrand. Not a novel, but reads like one because it is so filled with colour, drama and suspense. And also because this true story about an American flyer who was shot down and then captured by the Japanese is so unbelievable that it might have been fiction. Do yourself a favour and read it before seeing the 2014 movie directed by Angelina Jolie, which can’t possibly be as good as the book. 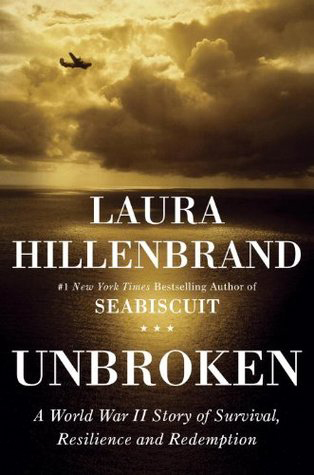 9. Three Cheers for Me, By Donald Lamont Jack. Finally, a laugh-out-loud book about Bartholomew Bandy, Canadian World War One flying ace. His bumbling adventures abroad are simply hilarious. There are another eight books in the series that take him right through World War Two. 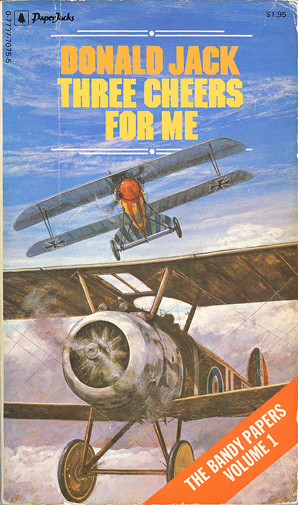 10. Evidence in Camera, by Constance Babington Smith. This non-fiction book about photographic interpretation inspired my own novel, Bird’s Eye View. In it the author describes her own crucial role in studying aerial photos and finding the first jet-propelled weapon in history. 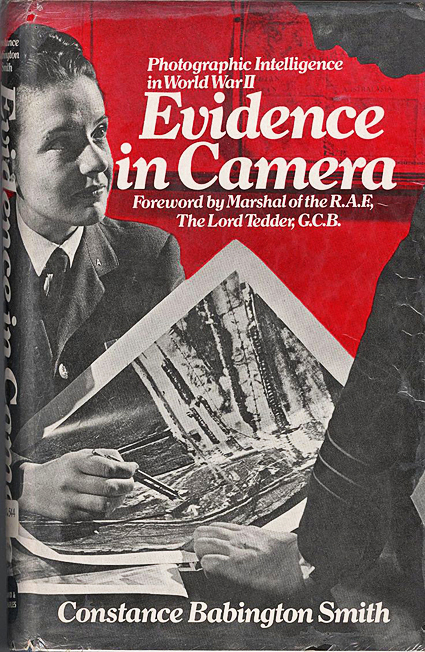 11. The Forgotten Soldier, by Guy Sajer. Some people say that this is the most powerful war memoir they have ever read. This book recounts the horror of World War Two on the eastern front, as seen through the eyes of a teenaged German soldier. At first an exciting adventure, the German invasion becomes a desperate struggle for survival against cold, hunger, and above all the terrifying Soviet artillery. 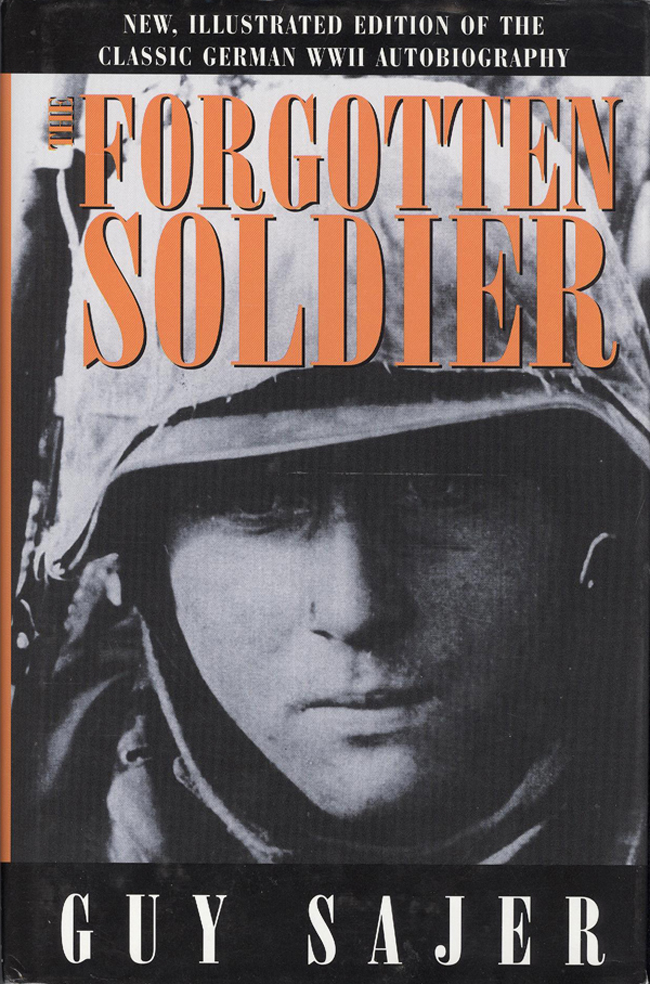 TWO MORE BOOKS FOR BOTH MEN AND WOMEN

1. My Favourite Veterans, by Elinor Florence.

I have collected twenty-eight original stories from Wartime Wednesdays and made them available in printed book form.

To read more about the book, click: My Favourite Veterans: True Stories From World War Two’s Hometown Heroes. To order a signed copy for $35.00 Canadian, email me at elinor1@telus.net or call me at 250-342-1621. Shipping costs drop if you order two or more sent to the same address.

This book would make an ideal Christmas gift for veterans, seniors, or history buffs — and if you request, I will gift wrap it and mail it straight to the recipient. 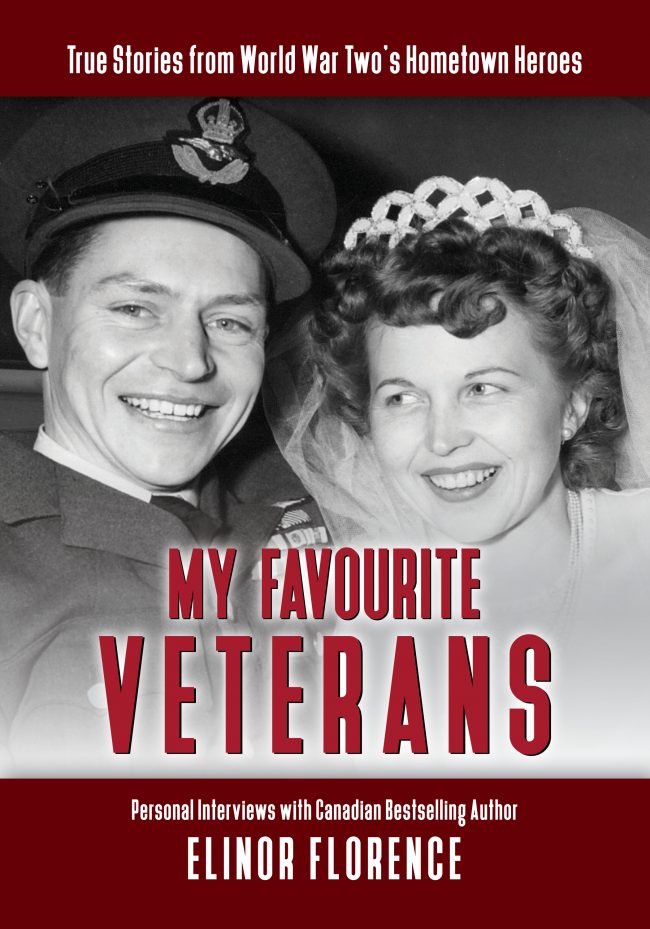 Named a Canadian bestseller by both The Globe & Mail and The Toronto Star newspapers,  my wartime novel Bird’s Eye View is fact-based fiction, the story of a farm girl from Saskatchewan woman who joins the air force and works as a photo interpreter. To read one thrilling chapter, click here: Bird’s Eye View Excerpt.

It’s available online, as an e-book and audiobook, and through any book store. 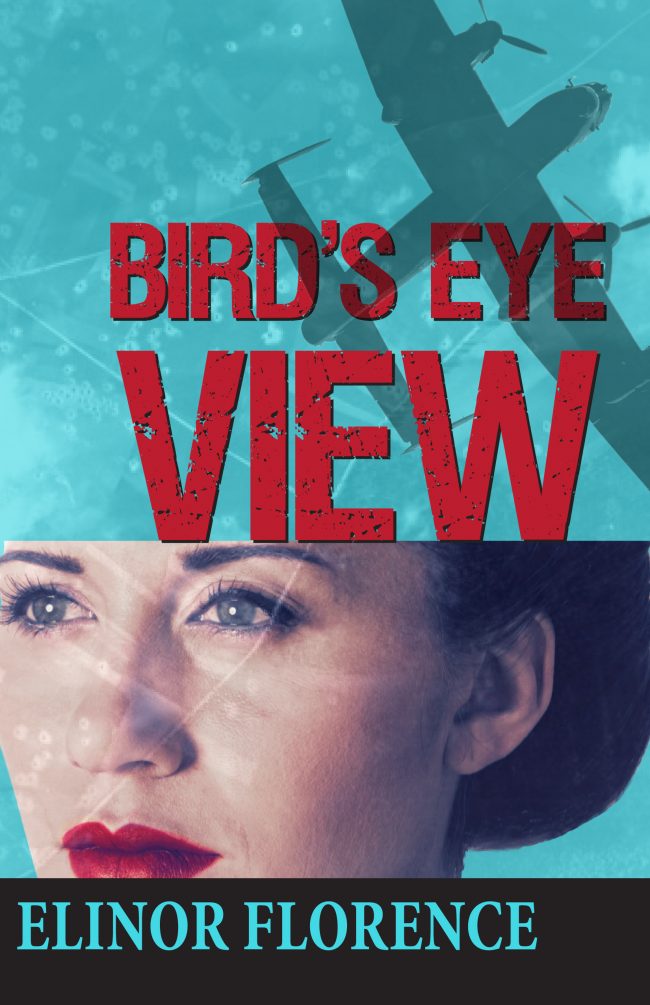 The Star Weekly was a Canadian newsmagazine published by the Toronto Star. During the Second World War, a beautiful colour illustration appeared on the cover each week with a wartime theme. This one dated March 21, 1942 reminded me of Monserrat’s The Cruel Sea. It shows a ship steaming down the Thames River under the London Bridge, having safely arrived after running the gauntlet of German U-boats. To see my complete collection of covers, click here: Star Weekly at War. 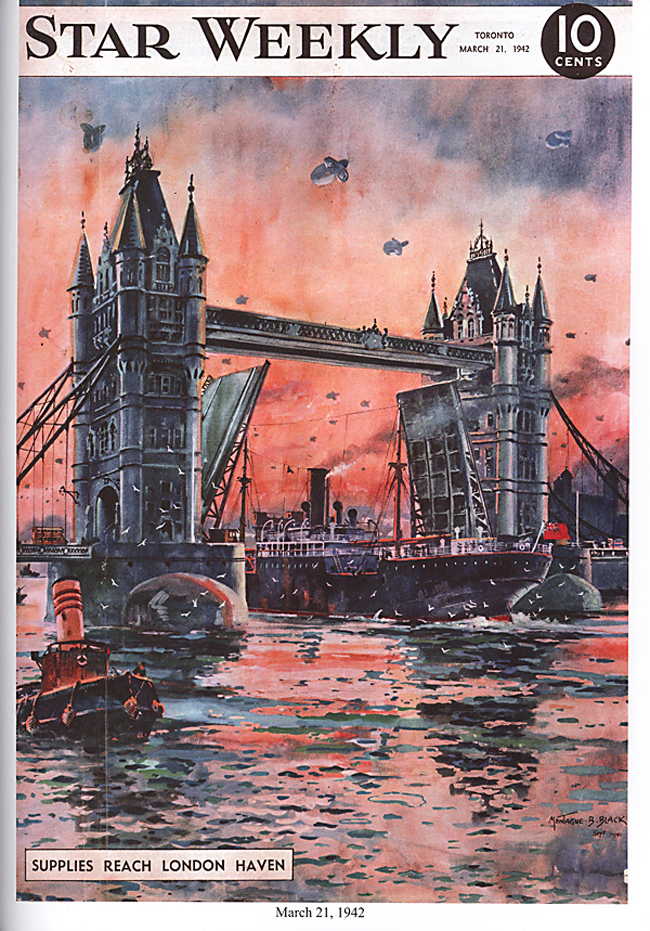