One of my best Christmas gifts this year came from an old and dear friend, Leslie Vass of Kelowna. B.C. She ran across this collection of brass buttons that the owner no longer wanted. Knowing my fondness for military memorabilia, she had them strung into a bracelet for me!

I was thrilled to receive this thoughtful gift, but I must admit that I’ve been a tiny bit reluctant to wear my bracelet in public, unsure of whether I might be violating some military code. Can someone tell me if I am allowed to wear my lovely bracelet with a clear conscience? 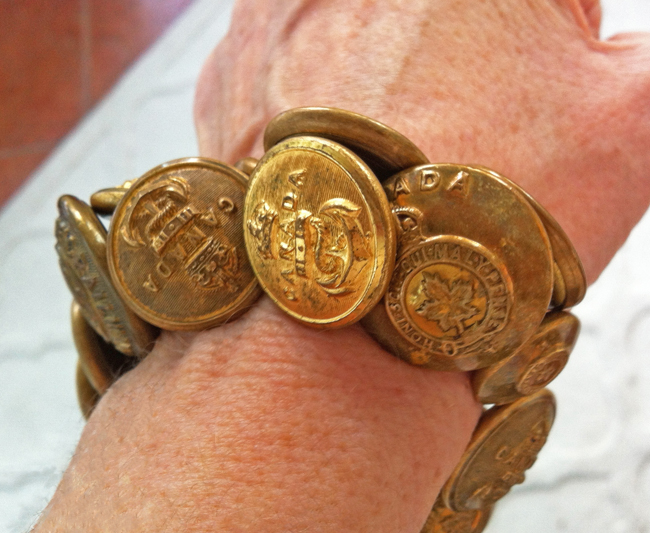 There are about thirty buttons on the bracelet, in varying stages of tarnishing. And here’s another question, dear readers: shall I polish them, or leave them with their vintage patina?

Not all the buttons are of military origin. This large one with the maple leaf in the centre is marked Canadian Pacific Railway Co. 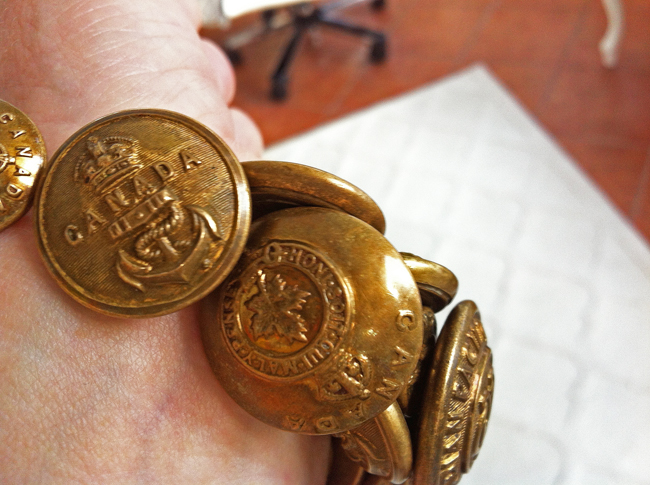 I assume the anchor indicates that this came from the Royal Canadian Navy.

And this one is from the Royal Canadian Air Force, naturally.

I had a hard time deciphering this motto surrounding the maple leaf. It reads: “Honi Soit Qui Mal Y Pense.” That translates roughly as “Evil unto him who thinks evil of it” and is used as a motto by several Canadian Army regiments. 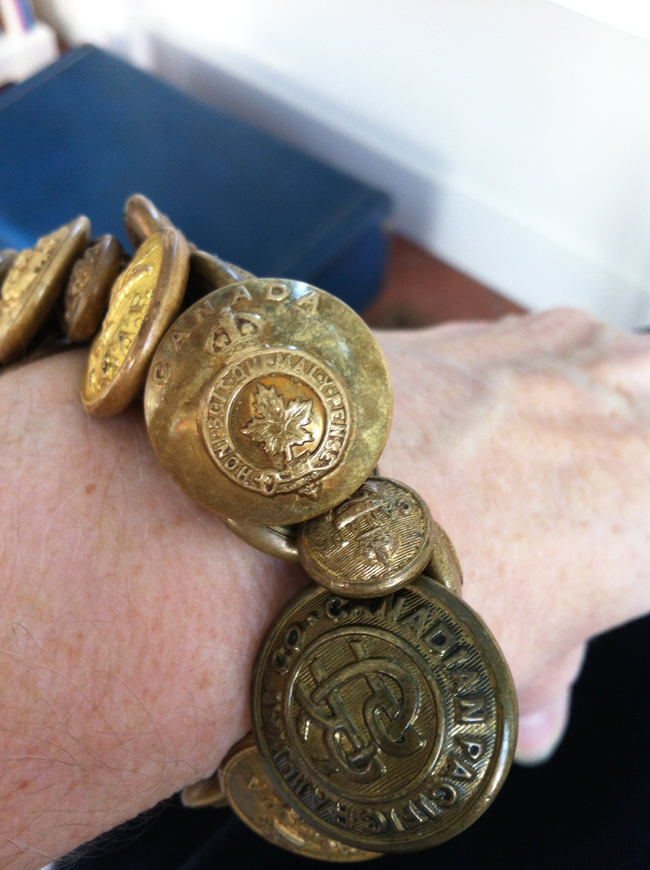 I’m extremely grateful to my friend for this interesting and unusual piece of jewelry. I plan to sit down with a magnifying glass and research each and every button – it’s on my list of 2015 New Year’s Resolutions!

The Star Weekly was a Canadian newsmagazine published by the Toronto Star. During the Second World War, a colour illustration with a wartime theme appeared on the cover each week. Here’s a tribute to the men who fought on the sea. To see my entire collection of Star Weekly covers, and I’m adding a new one almost every week, click: Star Weekly At War. 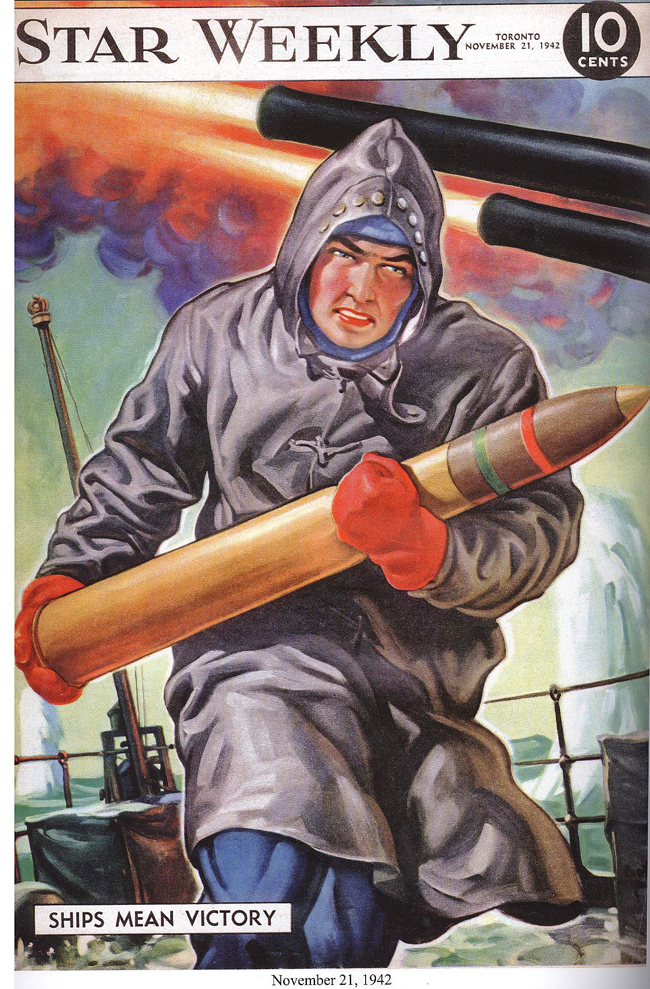